The Hall calls: Bosh, Webber, Wright among the 2021 class 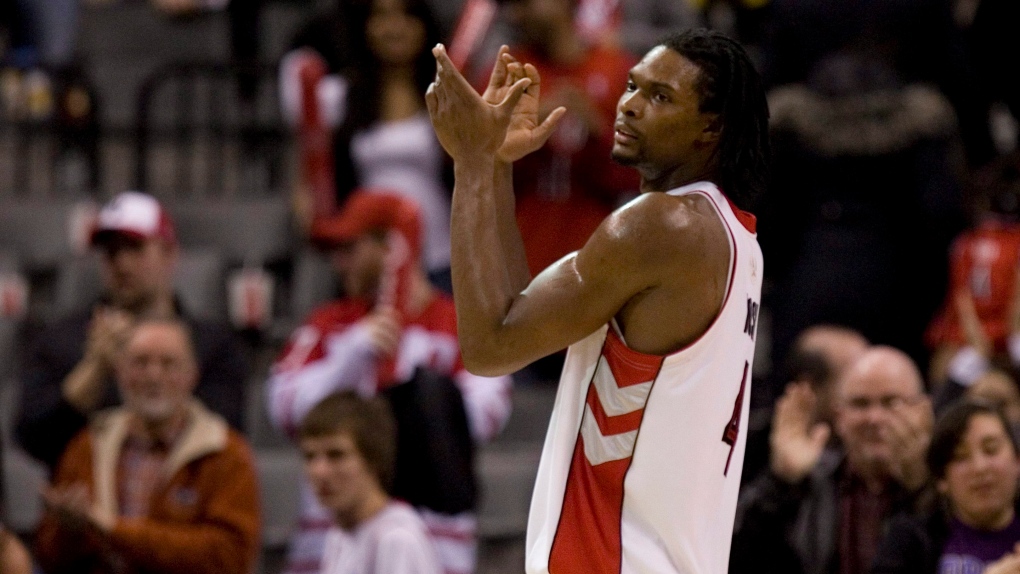 Toronto Raptors' Chris Bosh reacts at the final buzzer as his team beats the Philadelphia 76ers 104-93 in NBA action in Toronto on Wednesday February 10, 2010. (THE CANADIAN PRESS / Chris Young)

SPRINGFIELD, MASS. -- Jay Wright was in trouble three years into his tenure at Villanova, with speculation swirling that he would be fired. Ben Wallace was once undrafted and unknown. Chris Bosh's playing career ended years before he planned. Chris Webber had been a snubbed finalist time and time again.

Turns out, basketball's highest honour awaited them all.

"Chris was the face of our franchise and for basketball in Canada for many wonderful years," said Raptors president Masai Ujiri. "The Toronto community watched him grow from an eager young rookie into a perennial all-star, a father and an NBA champion. He will always have a special place in our franchise history and we are thrilled to celebrate this achievement with Chris, his wife Adrienne and their family."

The class even includes someone who has been a Hall of Famer for 46 years already: The 11-time NBA champion Bill Russell, enshrined in 1975 as a player, has been selected again as a coach. Russell becomes the fifth Hall of Famer who will be inducted as both a player and a coach, joining John Wooden, Lenny Wilkens, Bill Sharman and Tommy Heinsohn.

"It's not anything you ever even dream of," Wright said on the ESPN broadcast of the announcement. "It's pretty cool."

Wright said he never even imagined when he started coaching that the Hall of Fame would be even a possibility, and he's championed the candidacy of one of his Villanova predecessors -- Rollie Massimino -- for years.

"Jay is one of the best coaches I've ever had, and one of the best people I've ever known," said Raptors guard Kyle Lowry, a Villanova product. "He treated me like a son, and he helped me become the man I am today. He is truly a special person."

Toni Kukoc was selected by the Hall of Fame's international committee, and Pearl Moore -- a 4,000-point scorer in college, most of them coming at Francis Marion -- was among those selected for induction as well.

Of the now 140 players from the NBA and ABA that are enshrined in the Hall, none of them averaged fewer points than Wallace -- who managed 5.7 per game for his career. He never had a 30-point game as a pro; his regular-season high was 23 points, his playoff high was 29 points.

He wasn't in the NBA for scoring. He was a four-time defensive player of the year, making that end of the floor his specialty.

"To have that type of journey, to have it end the way it's ending, it's an awesome feeling," Wallace said on the broadcast.

The class will be enshrined on Sept. 11.