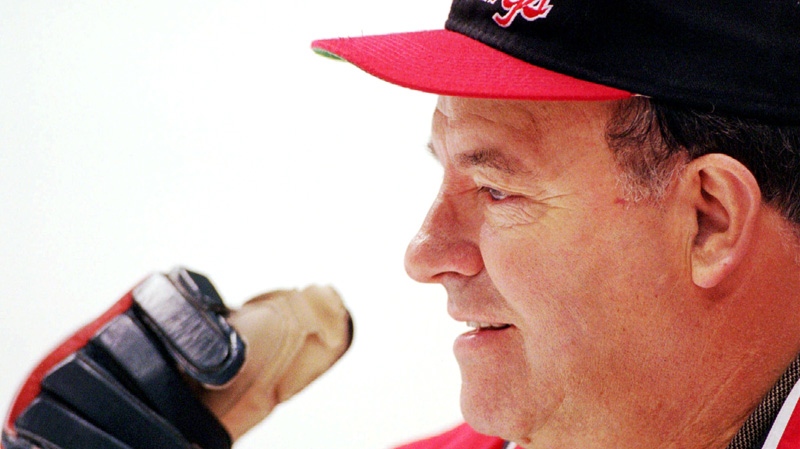 Scotty Bowman had coached nine NHL seasons and won two titles by the time he was tasked with leading his country at the 1976 Canada Cup.

The teams set to face Canada that September, including the Soviet Union and Czechoslovakia, played and practised together year-round, while Bowman's NHL stars had little time to prepare by comparison.

But what Bowman did have was what he believes to be the best group of defencemen ever assembled.

"When I look back at many of the records of teams that have played, and some that I even coached, I go back to a defence corps that will never ever be duplicated," said Bowman. "There was Serge Savard, Larry Robinson, Guy Lapointe, and also Bobby Orr and Denis Potvin.

"It was just a dream to coach that team."

Canada would win the tournament, one of countless coaching highlights for Bowman, who was honoured Wednesday with Murray Costello and Fran Rider as the 2017 class of the Order of Hockey in Canada.

Bowman owns 14 Stanley Cups with four different teams, including a record nine as a head coach. He holds the NHL record for most coaching wins with 1,244 in the regular season and 223 more in the playoffs.

Twice named NHL coach of the year, Bowman was inducted into the Hockey Hall of Fame in 1991 and was invested as an officer of the Order of Canada in 2012. He continues to work as a senior adviser of hockey operations with the Chicago Blackhawks.

Asked if any of his Cups held more weight than the others, the 83-year-old pointed to his first of five with the Montreal Canadiens in 1973.

"You feel a lot differently about the fact that it's not going to carry you forever, but it's going to give you something," said Bowman, before adding his last Cup in 2002 with Detroit was also special: "I had made my mind up that I was going to retire. It made it a lot easier to go through with that."

The recipients of the Order are honoured for their contributions or service to the growth and development of hockey in Canada.

The Order includes 21 honourees since its inception in 2012. This year's class will be celebrated at the Hockey Canada Foundation gala June 19 in Saskatoon.

Costello served as president of the Canadian Amateur Hockey Association and Hockey Canada from 1979 to 1998, and was vice-president of the International Ice Hockey Federation from 2008 to 2012.

"That was a key point in our evolution as an organization," said Costello, who was appointed an officer of the Order of Canada in 2013. "The merger really opened the door for the amateur side of the game to deal directly with the pros.

"The joy of it all has been to see it evolve once it became one organization."

Costello, who played 163 NHL games in the 1950s, held a number of other administrative roles throughout the hockey world, but said he never envisioned his life would be consumed by the sport.

"It was a series of accidents that happened on the way that kept me in it," said Costello, who turns 83 later this month. "The delight of it all is that when you're working in the game, you're really not working because the game is so deeply enjoyed and appreciated by all of the people of Canada.

"When you have some success along the way it makes it even better."

Rider, the president and CEO of the Ontario Women's Hockey Association since 1982, has played a vital role in the development of women's hockey as a player, coach, volunteer and executive for 40 years.

"It's an honour for me to see the female game recognized in this scope," she said. "It's just a dream come true. When I first laced up the skates in 1967 the best thing was you got to be part of a team, you got to play the game that you loved as a Canadian.

"It wasn't for women at that time, and now it is for women."