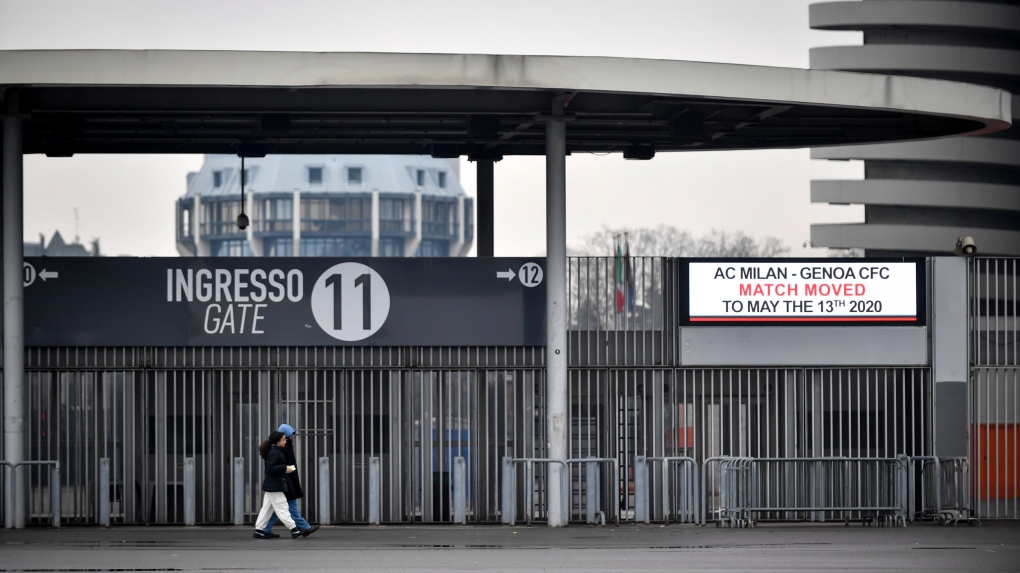 People walk outside San Siro stadium where a notice advising that the Serie A soccer match between AC Milan and Genoa is postponed to May 13, 2020, in Milan, Italy, Sunday, March 1, 2020. (Claudio Furlan/LaPresse via AP)

ROME -- Italy is shutting its stadiums to fans again.

A new government decree that will go into effect on Monday for at least a month eliminates the current rule allowing up to 1,000 spectators at stadiums for soccer games and other sports.

The move is part of a series of new measures put into place after new virus cases in the country approached 20,000 over the past two days.

Serie A was finished without fans last season during the restart. Then the government decided last month to allow a maximum of 1,000 spectators into stadiums.

The new decree says professional games are allowed in outdoor venues "without fans in attendance."