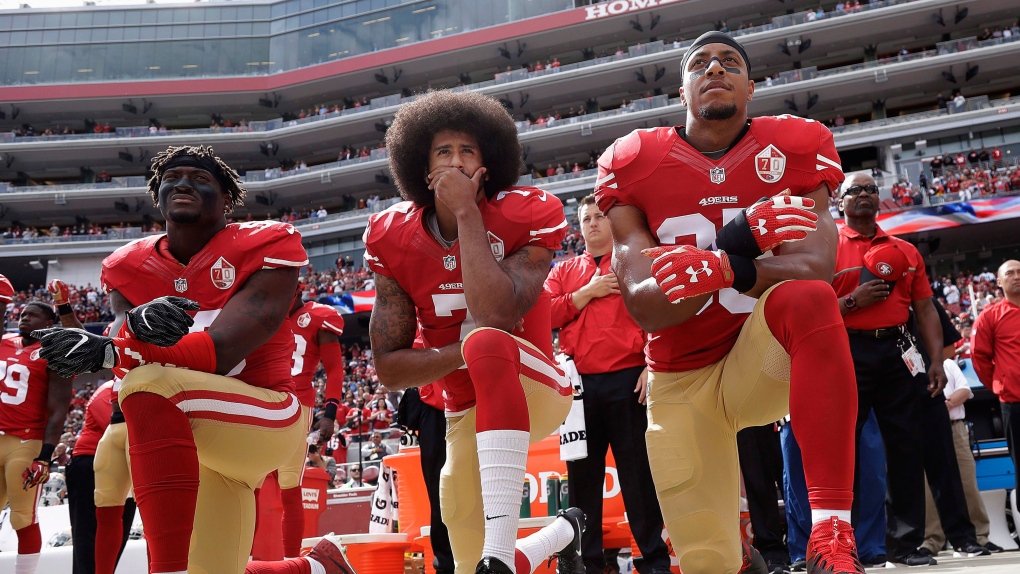 Colin Kaepernick says he's "still ready" to return to the NFL, even though he is set to enter his third season out of the league.

In a video posted Wednesday on social media, the 31-year-old Kaepernick is shown working out in a gym. He says in the video: "5 a.m. 5 days a week. For 3 years. Still Ready."

Kaepernick, then with the San Francisco 49ers, helped start a wave of protests about social and racial injustice in 2016 by kneeling during the national anthem at games.

The protests slowed down last season as the NFL made contributions to organizations chosen by players and promised more attention to social justice issues.

While he has been away from the playing field, the former quarterback has become an advocate for social and racial justice.

The NFL in February settled a collusion grievance Kaepernick and cornerback Eric Reid filed against the league. Reid, who played 13 games last season for the Panthers, signed a three-year contract with Carolina in February.

5am. 5 days a week. For 3 years. Still Ready. pic.twitter.com/AGczejA1rM