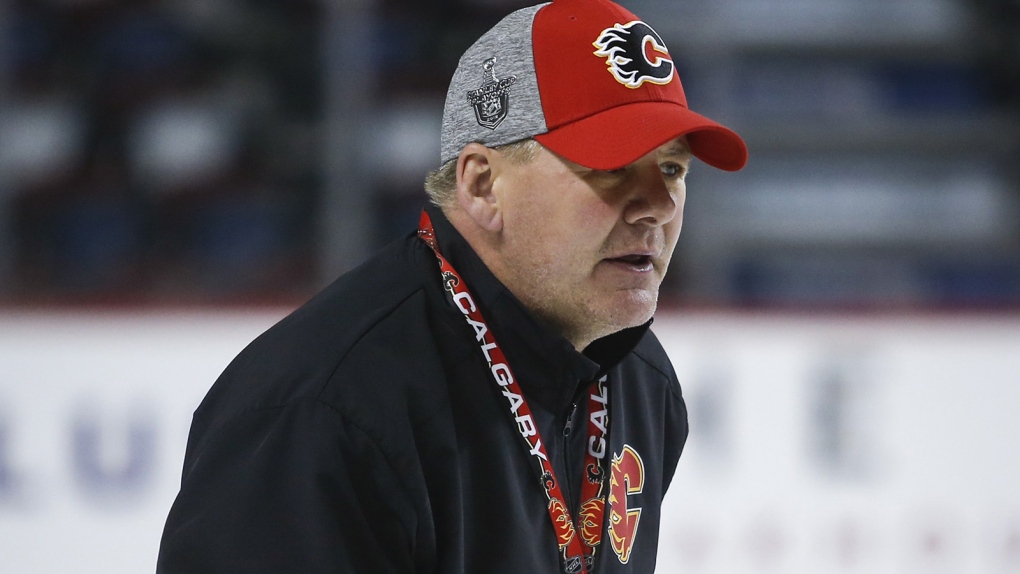 A day after Bill Peters resigned as head coach of the Calgary Flames, his former boss in Carolina spoke out about his conduct with the Hurricanes.

Former Carolina general manager Ron Francis issued a release Saturday afternoon explaining that after a game a group of players and staff members from the Hurricanes told him of alleged physical incidents involving two players and Peters.

"I took this matter very seriously. I took immediate action to address the matter and briefed ownership," said Francis, who is now the GM of the as-yet unnamed expansion team in Seattle. "To my knowledge, no further such incidents occurred."

Peters resigned on Friday after former NHL player Akim Aliu tweeted Monday night that he had a racial slur directed his way by a former coach in 2009-10 while a member of the American Hockey League's Rockford IceHogs.

The 30-year-old Aliu, a player of colour, never referred to Peters by name, but did reference Calgary's airport code "YYC" when writing about the coach allegedly involved in the matter.

Then on Tuesday, former NHL defenceman Michal Jordan alleged Peters struck him and another player while the two were with the Hurricanes.

Peters issued an apology in a letter addressed to Calgary GM Brad Treliving on Wednesday night and, following an investigation by the Flames and NHL, he resigned on Friday.

"It would have been inappropriate of me to comment publicly while an active investigation was being conducted by another team," Francis said in Saturday's statement. "I will not comment on this matter further."

This report by The Canadian Press was first published Nov. 30, 2019.