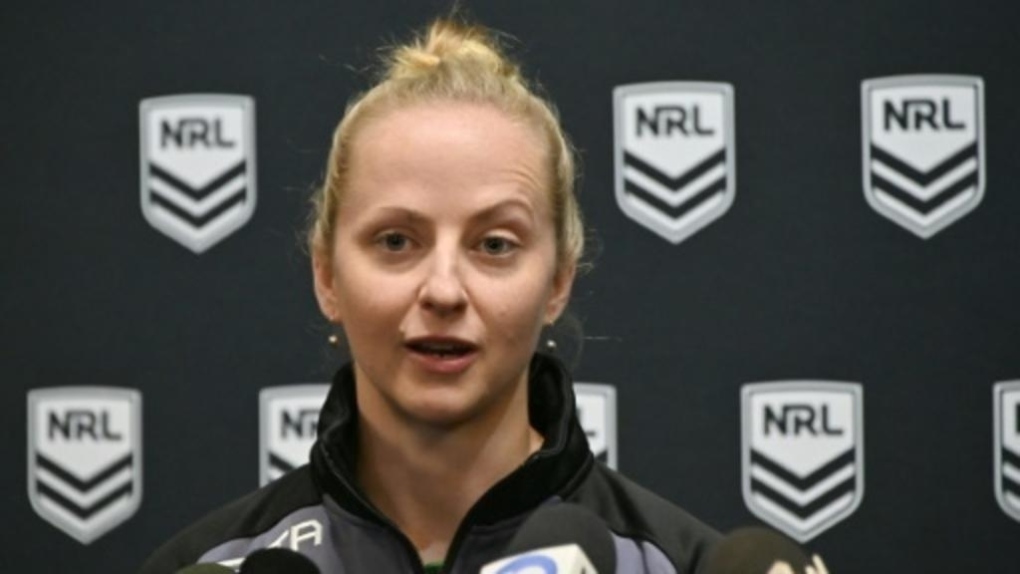 Rugby League referee Belinda Sharpe speaks to the media in Sydney on July 16, 2019, after being named as the first female referee for a National Rugby League (NRL) game between the Brisbane Broncos and Canterbury Bulldogs. (AFP)

BRISBANE, Australia -- Belinda Sharpe will become the first female referee in the 111-year history of professional rugby league in Australia when she officiates in an NRL match on Thursday.

The National Rugby League appointed Sharpe and Ben Cummins as the on-field referees for the match in Brisbane between the Broncos and Canterbury Bulldogs.

The 31-year-old Sharpe became an NRL touch judge in 2014 and officiated in that capacity in four test matches at the 2017 World Cup. She began refereeing Queensland Cup state matches in 2015 and handled a Broncos' trial match in February. She was promoted to a full-time referee contract in May.

Sharpe said the refereeing environment was "high pressure" but said her gender was irrelevant.

The players, Sharpe said, "just want a referee who is capable of doing their job and it doesn't necessarily matter who they are, or whether they're male or female."

Graham Annesley, the NRL's head of elite football competitions and a former referee, described Sharpe's appointment as "an historic moment for the game."

"She has worked extremely hard, served her apprenticeship, and earned her elevation on merit," Annesley said.