Ex-Ferrari team boss Domenicali to be new Formula One CEO 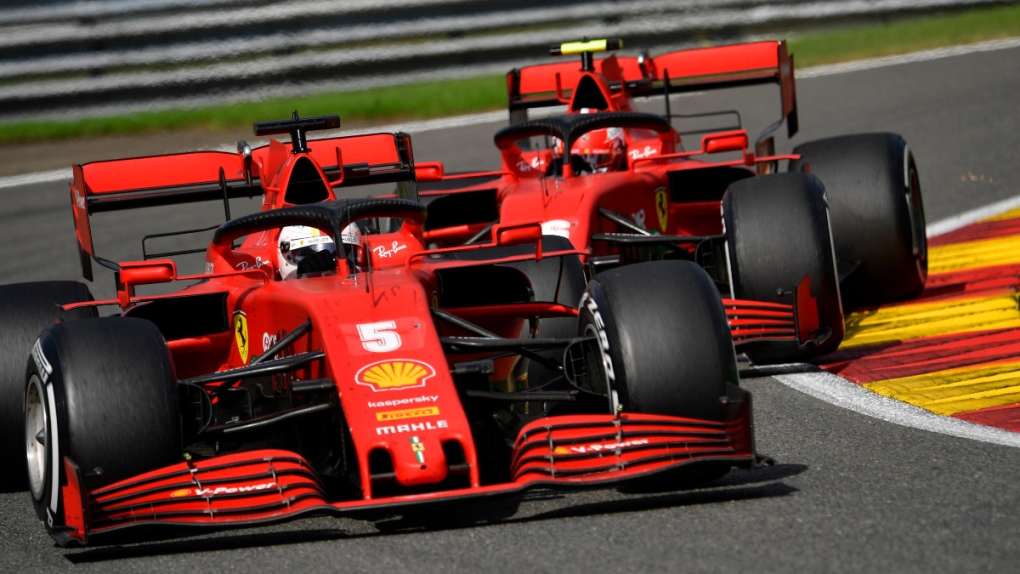 During the Formula One Grand Prix at the Spa-Francorchamps racetrack in Spa, Belgium, on Aug. 30, 2020. (John Thys, Pool via AP)

SOCHI, RUSSIA -- Former Ferrari team principal Stefano Domenicali is replacing Chase Carey as president and CEO of Formula One from next year.

Carey will move into a non-executive chairman role after being appointed by F1 Group owner Liberty Media nearly four years ago, F1 also announced on Friday.

Carey replaced Bernie Ecclestone, who ran the series for more than 40 years, and Carey successfully negotiated a transition to a more digital-friendly era while refreshing the race calendar with Vietnam coming in and the Netherlands returning.

"It's been an adventure and I've enjoyed working with the teams, the FIA and all of our partners," Carey said in a statement. "I look forward to staying involved and supporting Stefano as he takes the wheel."

The 55-year-old Domenicali spent 23 years with Ferrari until 2014 and later worked with Audi before his most recent job as CEO of sports car maker Lamborghini.

"I am thrilled to join the Formula One organization, a sport that has always been part of my life," Domenicali said. "I was born in Imola and live in Monza. I've remained connected to the sport through my work with the single seater commission at the FIA."

His arrival adds to a group of former Ferrari team bosses in key positions overseeing F1. Ross Brawn, who oversaw Ferrari strategy during its golden era with Michael Schumacher at the wheel, is the F1 managing director for motorsport, and former Ferrari team principal Jean Todt is president of the FIA governing body.

"There have been many positive changes made to the sport under his leadership, in particular the promoter's relationship with the teams," Binotto said. "And let's not forget that Formula One has managed to put on a world championship this year under very difficult circumstances."

The 66-year-old Carey was widely praised in F1 for getting the current season started amid the coronavirus pandemic, negotiating with circuits that have never previously been used in order to have a 17-race calendar. This season's racing has proved a success, with an exciting race at Monza and a thriller at Mugello.

"I'm proud of the team that's not only navigated through an immensely challenging 2020 but returned with added purpose and determination in the areas of sustainability, diversity and inclusion," Carey said. "I'm confident that we've built the strong foundation for the business to grow over the long term."