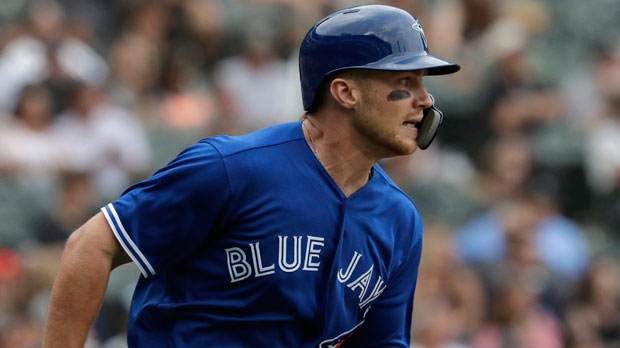 Toronto Blue Jays' Brandon Drury runs to second base after hitting a two-run double against the Chicago White Sox during the ninth inning of a baseball game Sunday, July 29, 2018, in Chicago. (AP Photo/Nam Y. Huh)

TORONTO -- Utilityman Brandon Drury and the Toronto Blue Jays agreed to a US$2.05 million, one-year contract on Thursday, a raise of US$850,000.