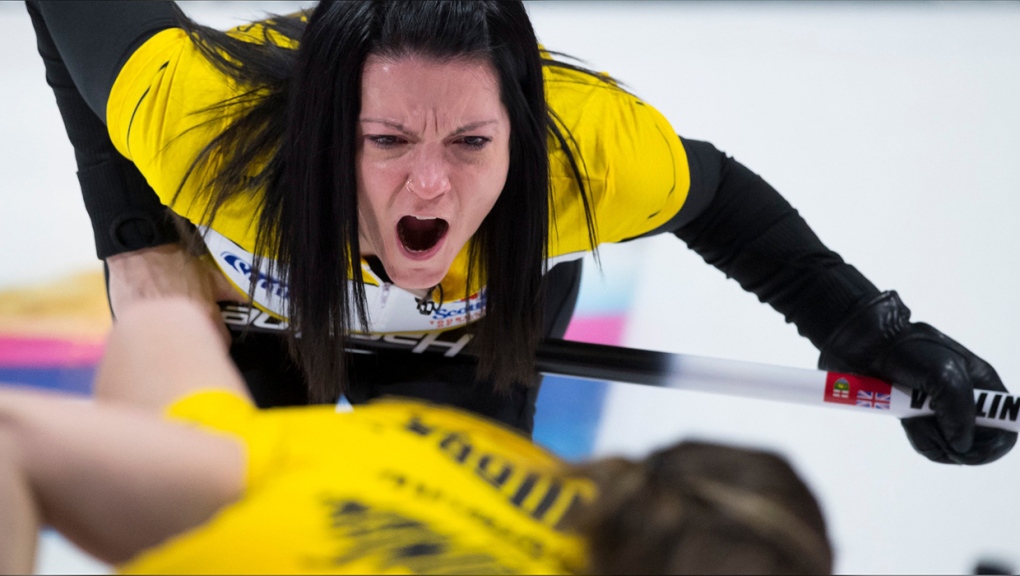 CALGARY -- Defending champion Kerri Einarson remained undefeated at the Canadian women's curling championship after an 8-4 win over Kerry Galusha on the Northwest Territories on Monday.

With the win, Einarson's rink from Gimli, Man., improved to 4-0 and moved into the Group A lead ahead of Ontario's Rachel Homan (3-0), who was scheduled to play in Monday's late draw.

Leading 4-3 after six ends, Einarson took control of the match by scoring two in the seventh. Galusha got one back in the eighth, but Einarson put the game away with another deuce in the ninth.

The only match of Monday's morning session was a makeup of a Draw 3 contest originally scheduled for Saturday that was postponed when a member of the N.W.T. team fell ill with what was believed to be food poisoning.