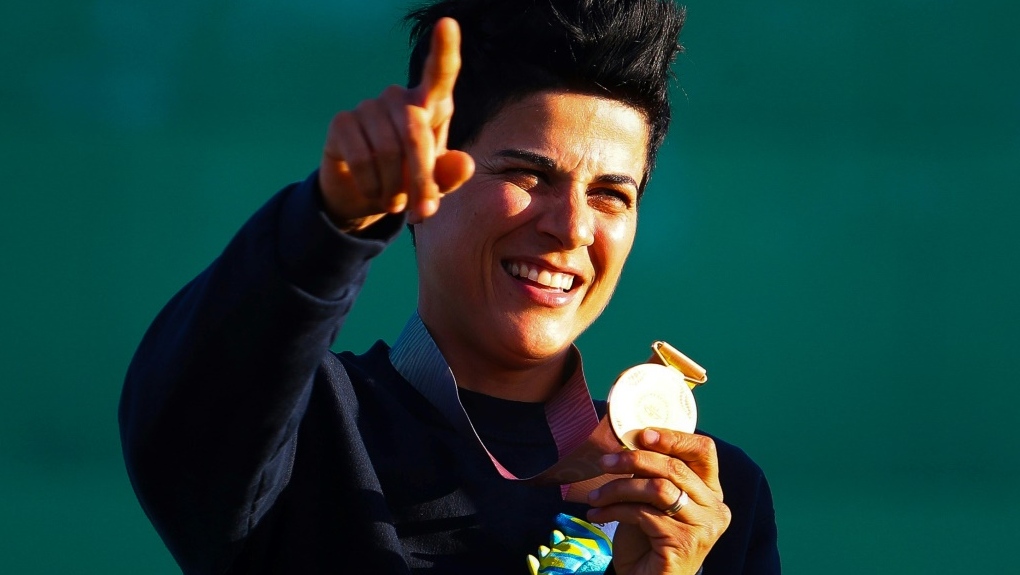 Cypriot Commonwealth and Olympic shooter Andri Eleftheriou, seen here in 2018, has named her alleged aggressor to police saying she hopes it will encourage other victims of sexual assault to take action. (AFP)

NICOSIA, CYPRUS -- Cyprus has been shaken by a historical sexual assault scandal after Cypriot Olympic shooter Andri Eleftheriou gave the name of her alleged aggressor to police.

Allegations of this nature are rare in Cyprus as victims are afraid to come forward. Eleftheriou, 36, was herself ignored after going public in 2018.

But the Commonwealth Games gold medallist was encouraged to speak out earlier this week by Cyprus Justice Minister Emily Yiolitis.

The Cypriot skeet champion said she was sexually assaulted by someone in authority at the 2006 Commonwealth Games in Melbourne and the 2008 Beijing Olympics.

Police are now investigating the matter with sporting officials called for questioning, including members of the shooting federation.

Eleftheriou spoke about her ordeal to media in the past but did not file an official complaint until Thursday after her meeting with the justice minister, who encouraged her to give police the name of her abuser.

Yiolitis congratulated the athlete for coming forward, promising that the state and she personally would support her.

"Let this give others the impetus to speak out, to break the cycle of silence and to correct everything that feeds it," Yiolitis said in a statement.

She called on all women who have endured violence to come forward "without fear".

Although Eleftheriou had spoken out about the assaults as early as 2018, her allegations were only taken seriously after an avalanche of sexual abuse claims by top athletes in Greece in recent weeks.

The Cypriot athlete said that following expressions of support from sporting associations and the minister, "I got the mental strength needed to make a formal complaint to the police".

"I want people to find the courage, the strength to come out and speak. This has to stop. They must all be punished," Eleftheriou told the state-run Cyprus News Agency.

"Honestly, I've heard many cases… which remained uninvestigated… I hope this move of mine will change something and the truth will come out, the dirt will be cleared."

After Eleftheriou went to the police, other athletes from the shooting federation have come forward with similar accusations.

"This is not something that is happening just in sports. It is happening in our workplaces, our homes, everywhere," Mediterranean Institute for Gender Studies director Susana Pavlou told the Financial Mirror newspaper on Saturday.

“Breaking your silence in a society that lives in silence, covering up such cases, is not the easiest thing to do."

She said the Cyprus Sports Organisation (KOA) needs to adopt a code of conduct and policies to handle cases of abuse and promote "zero tolerance".

Pavlou said a code was drawn up in 2019 but has yet to be adopted.