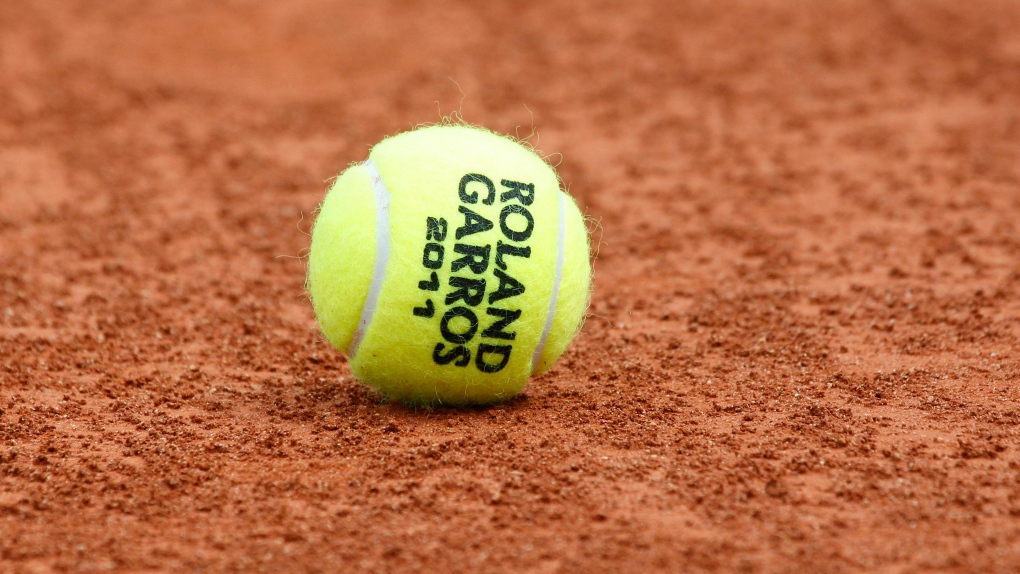 PARIS -- With only one week separating the end of one and the start of the other, the Tour de France and the French Open were shaping up as a double bill of sports entertainment, with masked but nevertheless live crowds, that would bear out President Emmanuel Macron's arguments that the country can live with the coronavirus.

The virus, however, had different ideas.

Whereas the three-week Tour reached Paris last Sunday having pulled off the coup of getting through the country's worsening epidemic without any virus positives among its 176 riders, the French Open isn't proving so lucky with its timing. Play is still scheduled to start Sunday, but organizers' plans to have thousands of spectators there each day to cheer for Rafael Nadal, Serena Williams and others are being drastically scaled back as infections soar across France.

Last Sunday, tournament director Guy Forget had appeared in upbeat mood on French TV with the exhausted-looking Tour director, who tested positive himself during the race and hadn't been sure it would get to Paris. Forget congratulated him for the cycling roadshow that drew smaller but still sizable and enthusiastic crowds, and looked forward to welcoming 5,000 spectators per day at Roland Garros. Although postponed from their usual slots in June and July both events decided not to cancel, unlike many others as the virus spread across the globe.

"Thanks to the Tour, thanks to tennis, sports are resuming again," Forget said. "We want to experience beautiful emotions.

On Thursday, hours after the tennis tournament carried out a socially-distanced electronic draw, with no players present, France's prime minister announced that new crowd-size limits introduced this week in Paris and other cities would also apply to Roland Garros. His office confirmed Friday that only 1,000 spectators will be allowed each day. Three weeks ago, the tournament had still been planning for 11,500, divided between its Philippe Chatrier, Suzanne Lenglen and Simonne Mathieu arenas. That was then cut last week to 5,000 and now to 1,000.

Tickets will be refunded "with a bit of heartache because we are convinced that we would have been able to welcome the 5,000 people in question who we had been counting on," Forget said Friday on Franceinfo radio.

When the Tour set off in late August, the daily number of new cases had yet to cross the 10,000-mark and the government wasn't facing the same intense criticism it's dealing with now, particularly from the southern city of Marseille. Its inhabitants, facing even stricter limits than other cities, likely would have been infuriated had Roland Garros been allowed to disregard the 1,000-people limit enforced this week on Paris and elsewhere.

The lucky few remaining spectators will include 750 ticket holders, drawn by lottery, with the rest either sponsors' guests or VIPs.

Tournament organizers have also been drawn into a spat over their virus testing regime with the coach of a virus-excluded player.

Petar Popovic says he is filing a case at the Court of Arbitration for Sport over the withdrawal of Damir Dzumhur, a former top-30 player from Bosnia now ranked 114th. They travelled to Paris for this week's qualifying tournament but Dzumhur, despite testing negative, wasn't included in the draw because Popovic failed his test and they had shared a hotel room.

Popovic said health arrangements meant to protect players were far from hermetic at the hotel near the Eiffel Tower where organizers housed them last week.

"There were Japanese air hostesses, even tourists from Japan and elsewhere," Popovic told The Associated Press. "There were hotel guests unconnected with the tournament, who therefore aren't tested, sharing the gym with us."

Roland Garros organizers are subjecting players to multiple tests, which organizers say will be repeated every five days. Rather than make their own arrangements, players are being grouped together in two hotels, on reserved floors, with some employees tested, too. Vehicles that are disinfected after each trip ferry players to Roland Garros. Players have been posting photos of the Eiffel Tower from inside their hotel bubbles.