Canadians Auger-Aliassime, Fernandez into 2nd round at Mexican Open 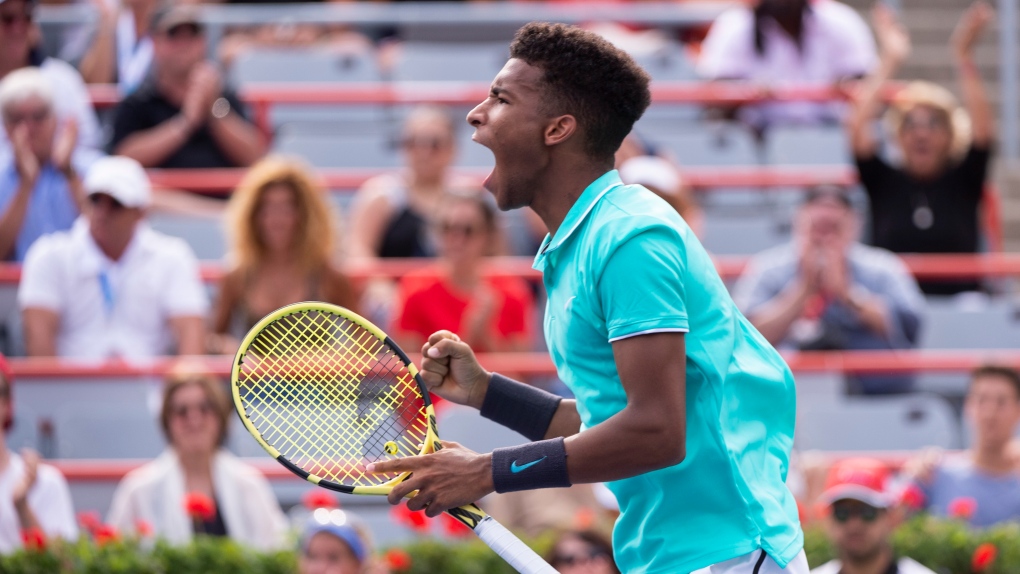 FILE - Felix Auger-Aliassime of Canada reacts in his match against compatriot Vasek Pospisil during the first round of play at the Rogers Cup tennis tournament, Tuesday, August 6, 2019 in Montreal. THE CANADIAN PRESS/Paul Chiasson

ACAPULCO, MEXICO -- Canadian teenagers Felix Auger-Aliassime and Leylah Annie Fernandez are both through to the second round of the Mexican Open.

The 19-year-old Auger-Aliassime, ranked No. 19 in the world, is the fourth seed at the ATP 500-level tournament. He fired 10 aces and won 80 per cent of his first-service points to beat the 137th-ranked Bolt in one hour 37 minutes.

Auger-Aliassime, who is still looking for his first ATP title, was coming off a runner-up finish to Greece's Stefanos Tsitsipas in Marseille, France over the weekend. That was the fifth ATP final appearance of his career.

The 17-year-old Fernandez, No. 190 on the WTA rankings, needed just one hour 11 minutes to dispatch her 82nd-ranked opponent.

Fernandez converted 5-of-5 break points and saved 1-of-3 of her own.