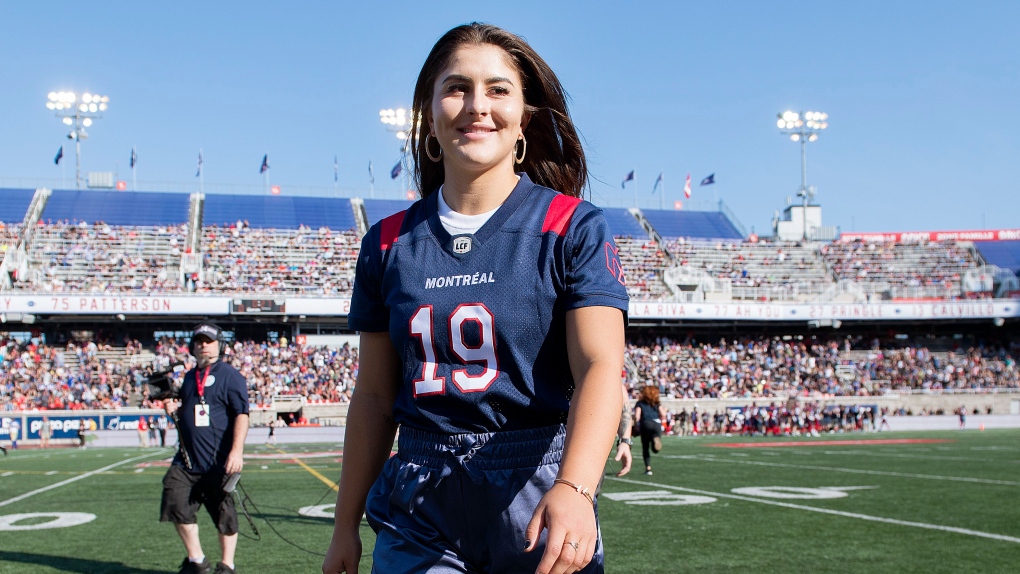 U.S. Open tennis champion Bianca Andreescu walks off the field prior to a CFL football game between the Montreal Alouettes and the Winnipeg Blue Bombers, in Montreal, Saturday, Sept. 21, 2019. THE CANADIAN PRESS/Graham Hughes

On the heels of her thrilling victory at the U.S. Open, the 19-year-old from Mississauga, Ont., was named the female summer athlete of the year, and captured the people's choice award for the performance of the year.

Sarah Pavan and Melissa Humana-Parades, who won gold at the beach volleyball world championships, picked up the summer team of the year award while Justin Kripps' four-man bobsled team won the winter honours.

Women's soccer star Christine Sinclair won the True Sport award given to the athlete who best inspires others, while race walker Evan Dunfee picked up the Athlete Social Responsibility Award.