Bianca Andreescu will not play in French Open tournament 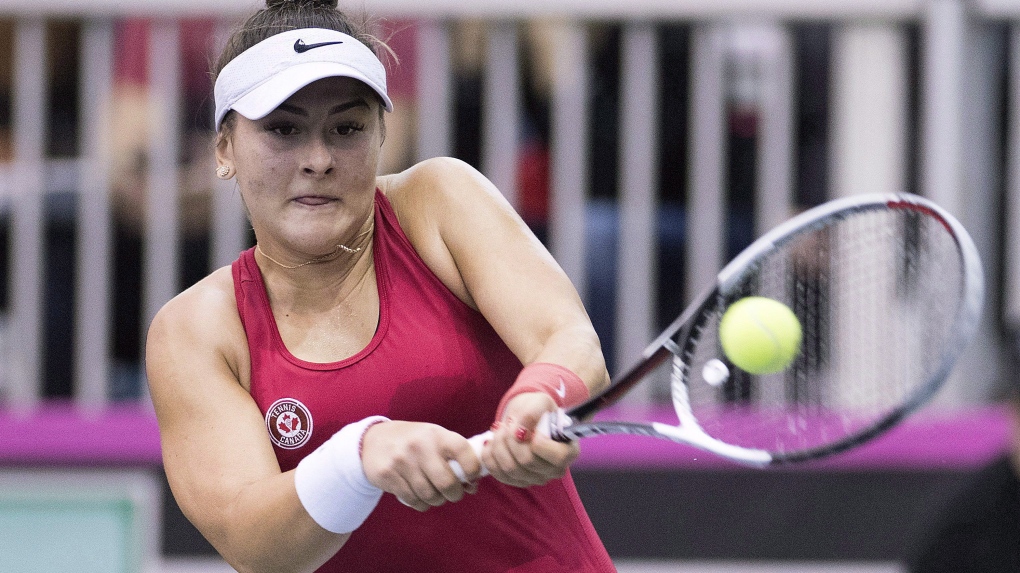 Bianca Andreescu of Canada returns to Lesia Tsurenko of Ukraine during their Fed Cup tennis match in Montreal on April 21, 2018.THE CANADIAN PRESS/Graham Hughes

Canada's Bianca Andreescu will not play at this year's French Open.

Andreescu's agent confirmed Saturday to The Canadian Press that the 2019 U.S. Open champion would not play in the third Grand Slam of the season, extending her absence from competitive tennis to nearly a calendar year.

The 20-year old from Mississauga, Ont., hasn't played a competitive match since suffering a knee injury last October at the WTA Finals in China.

She also skipped the U.S. Open this month in New York, calling it a "difficult" decision.

Andreescu said she needed more time to focus on her match fitness when announcing her withdrawal from the U.S. Open, and added that some "unforeseen challenges," including the COVID-19 pandemic, had kept her from preparing and competing at the highest level.

The clay-court French Open, usually held in the spring, was postponed by four months due to the global pandemic.

Leylah Annie Fernandez of Laval, Que., and Eugenie Bouchard of Westmount, Que., are slated to represent Canada in women's singles at the tournament. Bouchard received a wild-card into the event.

The qualifying draw begins Monday at Roland Garros with the main draw beginning Sept. 27 through Oct. 11.