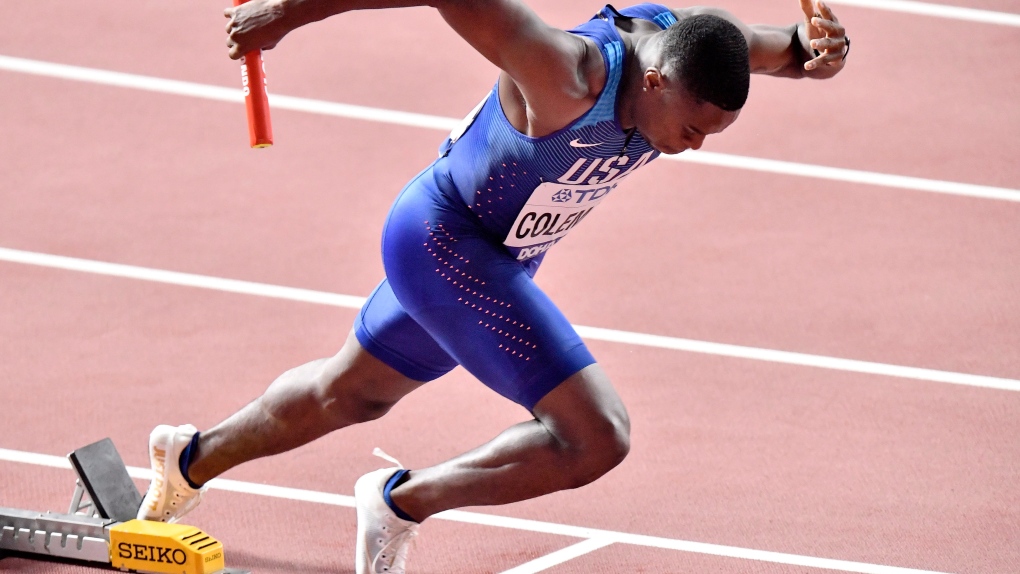 The court also received an appeal by the World Athletics governing body against a decision to clear women's 400-metre world champion Salwa Eid Naser on a technicality despite facing similar charges as Coleman.

The verdicts in the separate cases will have a big impact on two of the most anticipated sprint events at the Tokyo Olympics next year.

Coleman is challenging a two-year ban imposed last month by an independent tribunal at track and field's Athletics Integrity Unit.

The American sprinter had three so-called "whereabouts failures" -- missed tests or not updating details where sample collection officials could find him -- in a one-year period to trigger a doping violation.

Coleman asked for his ban, which currently rules him out of the Olympics, to "be eliminated, or in the alternative, reduced," the court said in a statement.

He had previously avoided a ban before the 2019 worlds in Doha, Qatar, when he benefited from the same technicality later cited to clear Naser.

In Naser's case, World Athletics is appealing against the tribunal's decision last month to let her off without a ban.

Though the Nigeria-born Bahraini did have three whereabouts incidents within a 12-month calendar period, they technically counted as spanning more than one year.

World Athletics has requested a two-year ban for Naser, CAS said, adding it is now appointing panels of judges to handle the cases.

CAS typically take several months to prepare and judge an appeal, though fast-track decisions can be reached if all parties agree to co-operate.