Snacking behind expanding waistline in the U.S. 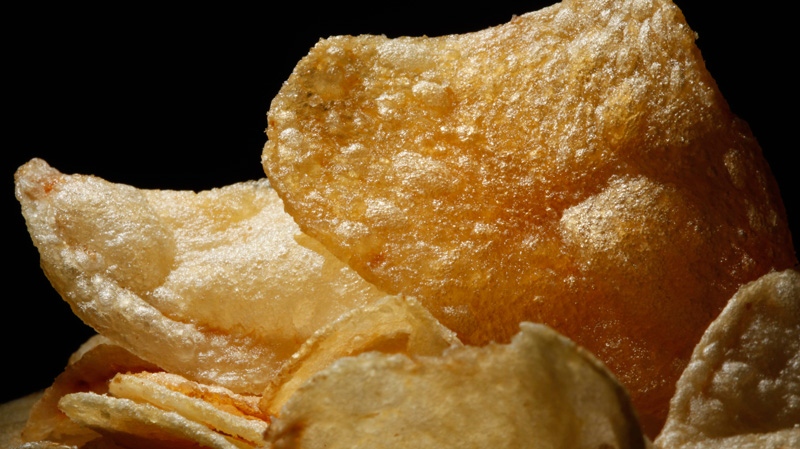 Americans are consuming 570 more calories per day than they did in the 1970s, according to a new study, and the culprit may be incessant snacking.

According to the co-author of the new study, while larger servings have contributed to the obesity epidemic in the U.S., the number of times a person eats per day combined with making poor food choices are what is tipping the scale for many Americans.

Steady snacking on high fat foods loaded with sodium and/or sugar is a major reason the average caloric intake since 1977 has increased from 1,803 kcal a day to 2,374 kcal, Kiyah Duffey told CTV's Canada AM on Wednesday.

The study's findings differ from previous ones, some of which suggest larger servings of unhealthy foods is the major contributor behind what former U.S. Surgeon General has called an obesity "crisis" in North America.

For years, supersized menus have been fingered as one of the leading causes behind America's expanding waistline, according to popular media and studies. In 2004, for example, Morgan Spurlock directed and starred in his Academy Award-nominated documentary "Super Size Me," a queasy fast food experiment which followed the American independent filmmaker for a period of 30 days while he consumed only McDonald's food. In the end, Spurlock gained almost 25 lbs. and reported experiencing mood swings and sexual dysfunction.

So what does 570 calories worth of snacks look like?

And the best way to keep tabs on caloric intake, said Duffey, is to choose lean meats and fresh fruits and vegetables.

Duffey, a researcher in the Department of Nutrition at the University of North Carolina at Chapel Hill, and co-author Barry Popkin analyzed data from U.S. food surveys collected from adults. The survey, which tracked the amount of food and drink consumed by individuals over a 24-hour period, was taken from a national cross-section of adults across the country from 1977 to 2006.

According to the study, which appears in the journal PLoS Medicine, the proportion of people who are obese in the U.S. has doubled since 1980, and a third of all adults -- more than 72 million people -- are classified as obese.

In Canada, the prevalence of obesity among adults is lower, according to Statistics Canada.