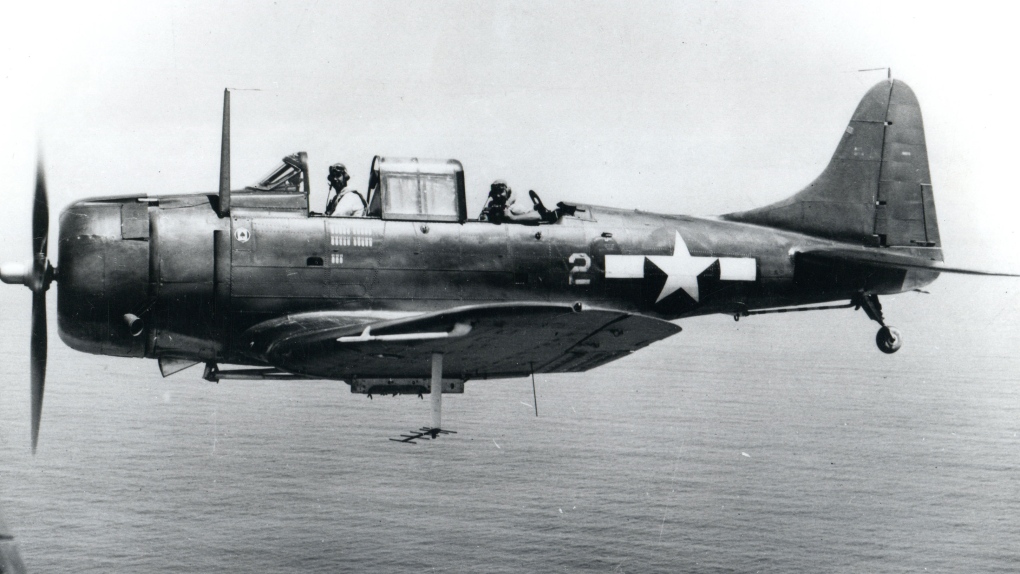 Project Recover, a nonprofit that searches for those missing in action since World War II, has found three of the missing aircraft which include two SBD-5 Dauntless dive bombers and one TBM/F-1 Avenger torpedo bomber, according to the University of Delaware. (Nara Archives/Shutterstock/CNN)

The last time anyone saw these military aircraft, U.S. forces were pummeling Japanese targets in the western Pacific during the Second World War.

"Operation Hailstone" in February 1944 was a decisive victory for the U.S. But it came at a cost to American forces -- 40 service members were killed and more than 20 aircraft were lost.

Many families had no answers on their loved ones' exact whereabouts for generations.

Now Project Recover, a nonprofit that searches for those missing in action since the Second World War, has found three of the missing aircraft.

The downed aircraft include two SBD-5 Dauntless dive bombers and one TBM/F-1 Avenger torpedo bomber, according to the University of Delaware.

"While the discovery of these sites is exhilarating and validating, these feelings are mixed with the humbling emotions of the sacrifices made by these service members and their families in protecting our freedoms," Project Recover co-founder Mark Moline said, according to the University of Delaware.

Moline is also the director of the School of Marine Science and Policy at the University of Delaware.

Researchers from the school and from the Scripps Institution of Oceanography partnered with Project Recover to discover the three aircraft 100 to 215 feet below the surface of the ocean in Micronesia, a country spread across more than 600 small islands in the western Pacific.

But it's too early to say if or when the seven crew members associated with the three aircraft might be recovered.

Researchers are "now assembling reports for review by the U.S. government to potentially set into motion a process for recovering and identifying the remains of up to seven crew members," Project Recover's lead archaeologist Andrew Pietruszka said, according to the University of Delaware.