Worm with eyes in its head and bottom discovered in Scotland 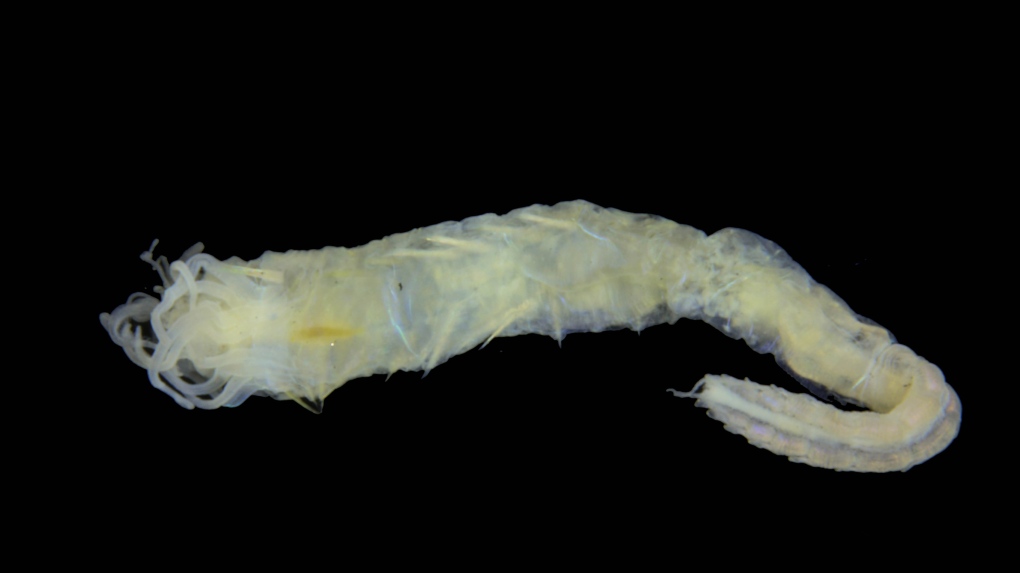 A new species of worm found near the Scottish coastline with eyes in both its head and its bottom has captured the interest of scientists. (National Museums Scotland)

A new species of worm found in Scotland has intrigued scientists with its unique anatomy.

The previously unknown species, found during a survey of the West Shetland Shelf Marine Protected Area, has eyes in its head and its bottom.

Measuring only 4mm in length, the worm was given the scientific name Ampharete oculicirrata.

The survey was the first to explore animal life found in the seabed of this section of the Scottish coastline and marks the beginning of long-term monitoring in the area.

“This new species is an exciting and interesting addition to the work we do in Marine Protected Areas,” Jessica Taylor, marine evidence advisor from the Joint Nature Conservation Committee said in a press release.

“The fact that it was found in relatively shallow depths, relatively close to the Scottish coastline, shows just how much more there is to understand about the creatures that live in our waters.”

The worm collected during the survey will stored in the collections of National Museums in Edinburgh.