Why do leaves change colour? 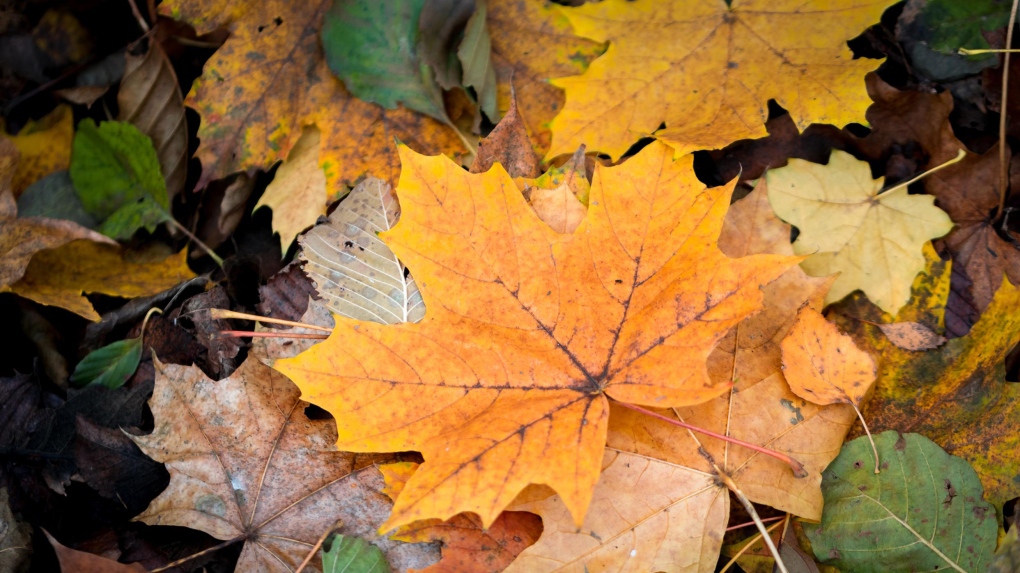 Leaves that get the most sunlight will develop red leaves, as the sugars inside them are 'baked' into the red anthocyanin pigments. (Shutterstock / CNN)

This year, we've learned that almost nothing is guaranteed in life. And yet, as summer turns to autumn, one thing that is certain is the leaves changing colour.

Ed Sharron, a science communication specialist with the National Park Service's Northeast Temperate Network in Vermont, explains the science behind the beautiful colours of fall.

WHY DO LEAVES TURN RED?

The more favourable warm, sunny day/cool night temperature cycles that occur in early autumn, the more likely that fall season is to experience vibrant colours with lots of reds.

Leaves that get the most sunlight will develop red leaves, as the sugars inside them are "baked" into the red anthocyanin pigments. This is the same process that causes many apples to only be red on the side facing the sun as they grow.

WHY DON'T ALL LEAVES TURN RED?

Trees that don't receive as much sunlight will reveal the orange, yellow and brown colours, caused by the carotenoid and xanthophyll pigments that are already present in the leaves, but are hidden under the green until the chlorophyll breaks down.

Extensive drought or other factors may cause a tree to go dormant for the winter sooner than during a typical year, which could cause the leaves to fall off sooner or be browner than normal.

WHEN DO LEAVES KNOW WHEN TO CALL IT QUITS?

The primary signal to trees is the length of day: Shorter days tell a tree it's time to stop photosynthesizing -- the process by which sunlight and water combine to make food for the tree -- and to shut down for the winter.

WHY DO THEY TURN SUCH SPECTACULAR COLOURS BEFORE THEY FALL OFF?

When photosynthesis shuts down, the chlorophyll in leaves that makes them appear green breaks down. What colours come next depend on the following: Relatively warm sunny days promote the creation of sugar within the leaves. Relatively cold, but not freezing, nights act as a trigger, causing the tree to begin to slowly create a protective layer of corky cells called the "abscission layer" between a leaf's stem and branch, which traps some of the sugars within the leaf.

Sugars that escape being trapped in the leaf are stored in the tree trunk and roots and act as a kind of natural antifreeze that protects deciduous trees during winter.

WHY DO SOME LEAVES NOT CHANGE COLOUR AND FALL OFF?

Trees that hold onto their leaves year-round -- modified leaves called "needles" -- are evergreens like pine, hemlock, spruce, and fir. They have evolved to potentially photosynthesize year-round, though at a much slower rate in the cold months, and only on relatively warmer winter days.

As a result of a warming climate and shifting precipitation patterns, the fall foliage season as we know it in the Northeast and elsewhere is likely to change in the coming years and decades.

Drought and extended warmth into the fall will likely result in duller fall colours and possibly the leaves just turning brown and falling off before they change colour.