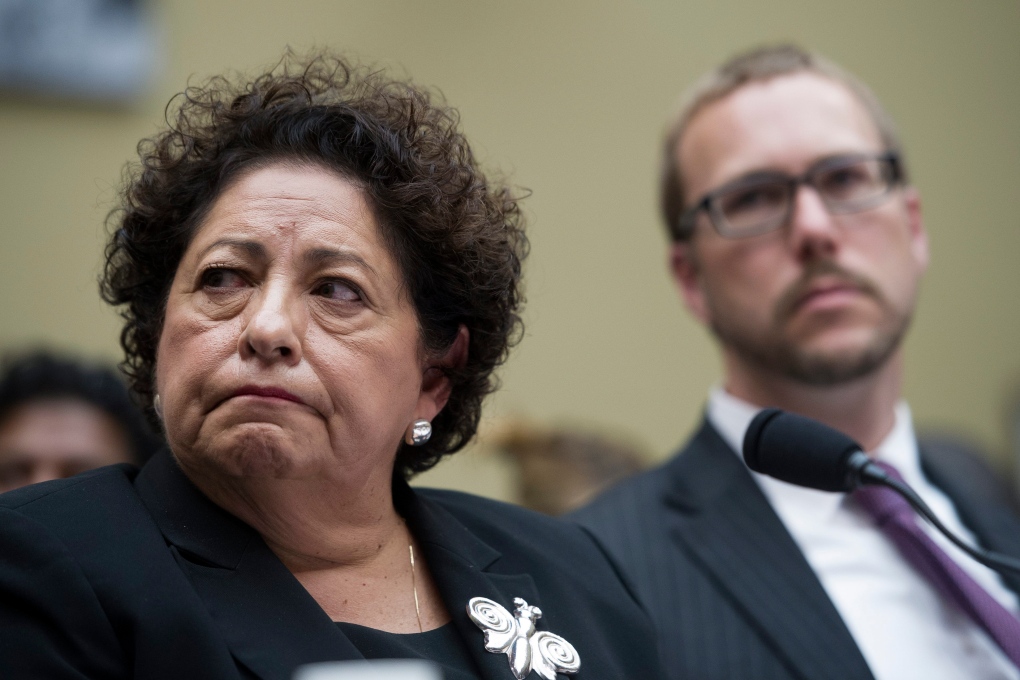 WASHINGTON -- The head of the U.S. government's personnel office resigned abruptly on Friday, bowing to bipartisan calls for her to step down following a massive government data breach on her watch.

Katherine Archuleta, director of the federal Office of Personnel Management, submitted her resignation to President Barack Obama on Friday morning, the White House said. She'll be replaced on a temporary basis by the agency's deputy director, Beth Cobert, who will step into the role on Saturday.

Less than 24 hours earlier, Archuleta had rebuffed demands that she resign, telling reporters she had no intention of leaving and that her agency was doing everything it could to address concerns about the safety of data in its hands. But on Friday morning, Archuleta told Obama it was best for her to step aside to let new leadership respond to the recent braches and to improve systems to lessen risks in the future, according to a White House official who wasn't authorized to be quoted on the matter and spoke on condition of anonymity.

In a statement, Archuleta made no direct reference to the data breach, saying only that she believed it was best to allow the agency to "move beyond the current challenges." She praised the agency's employees as "some of the most dedicated, capable and hardworking individuals in the federal government."

"I have complete confidence in their ability to continue fulfil OPM's important mission of recruiting, retaining and honouring a world-class workforce to serve the American people," Archuleta said.

Archuleta's position appeared to become unsustainable given the scope of the data breach and the mounting calls from lawmakers in both parties for her to resign. On Thursday, within hours of the Obama administration releasing new details about the scope of the breach, House Republican leaders demanded new leadership in the agency, and a number of Democrats followed.

California Rep. Adam Schiff, the top Democrat on the House Intelligence Committee, said Archuleta's resignation "will help to restore confidence in an agency that not only poorly defended sensitive data of millions of Americans but struggled to respond to repeated intrusions." And House Oversight and Government Reform Committee Chairman Jason Chaffetz, a Utah Republican who had called for her resignation for weeks, said the leadership problem should have been addressed "much, much sooner."

"In the future, positions of this magnitude should be awarded on merit and not out of patronage to political operatives," Chaffetz said in a pointed jab at Obama.

The escalating calls for Archuleta to be replaced came the day after the Obama administration disclosed that the number of people affected by the federal breach -- believed to be the biggest in U.S. history -- was more than 21 million, far greater than previously disclosed.

Although the government declined to name the hackers, officials said the same party was responsible for both hacks. Numerous U.S. lawmakers who have been briefed on the federal investigation have pointed the finger at China.

Cobert, the agency's current deputy director and chief performance officer, has been confirmed by the Senate once before, which could make her an attractive candidate to be Archuleta's permanent replacement. Yet it wasn't immediately clear whether lawmakers would oppose her leadership because of her role as the No. 2 at the agency during the data breach. Prior to joining OPM, Cobert worked for nearly three decades as a consultant for the firm McKinsey & Company.