This startup is saving crops by making 'super bees' 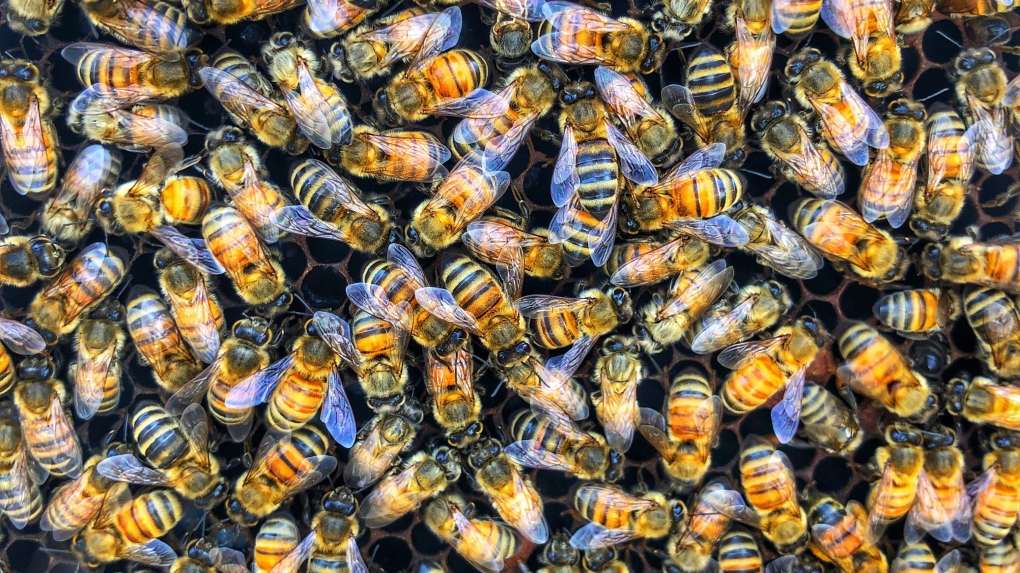 Argentina-based startup Beeflow has developed a special nutrient-packed formula for bees meant to boost their immune systems and make them stronger to work better in colder temperatures. (Bryce Urbany/CNN)

One company wants to help farmers adapt to a world of rapidly declining bee populations.

Argentina-based startup Beeflow has developed a special nutrient-packed formula for bees meant to boost their immune systems and make them stronger to work better in colder temperatures. According to CEO Matias Viel, it enables bees to do seven times more flights in cold temperatures than they ordinarily would be able to without the formula.

That's a massive uptick amid a dramatic decline in the bee population that's threatening the almost US$20 billion bees contribute to U.S. crop production annually. Bees are responsible for pollinating nearly one-third of all crops worldwide, but this past winter saw the highest number of bee colony losses on record as pesticides, parasites and climate change make it harder for them to survive.

"If you have bad weather, or cold temperatures during that period, and you have a low amount of bee activity hours, your crop won't be that good. We think that with healthier bees and then with a stronger immune system, bees can work better and perform better," Viel told CNN Business.

Beekeepers feed the bees the plant-based formula, which contains sugar, water and proprietary ingredients, about once a week.

In February 2019, the company started testing the formula at a major California almond farmer. Almond farmers, who are planting more almond trees to keep up with surging demand for the nut, are especially struggling to get enough bees to pollinate their crops. Almond farmers generally rent between 2 and 2.5 beehives per acre for the pollination season, but costs have jumped from US$50 per beehive to about US$230, said Viel.

Almond crops took up about 1.3 million acres of land in California in 2017, up from 1.2 million in 2016, according to the California Almond Acreage Report. California produces about 80% of the world's almonds. In addition, almonds have a short pollination window of about two to three weeks. Colder temperatures can prevent bees from performing at their best during that time.

After bees are given the superfood, the team selects and monitors a group of flowers on a branch for five minutes and counts the number of bees that visit. This exercise is repeated at various locations on a farm. The company doesn't have an automated way to measure a bee's performance yet.

The formula also conditions bees to pollinate a specific target crops they aren't necessarily attracted to.

Results from the almond trial are still being analyzed, but Beeflow said it has seen success in Argentina by increasing crop yields for almonds, blueberries, apples and kiwis by up to 90%. The company also made the size of blueberries at a farm in Oregon last winter increase by 22%.

In June, the company announced a US$3 million investment from venture capital firm Ospraie Ag Science. It plans to use the funds to build an office in Los Angeles and grow a team in the US.

"Although this is a long journey, we are starting -- and we think that this can add a lot of value to the agriculture industry," Viel said.