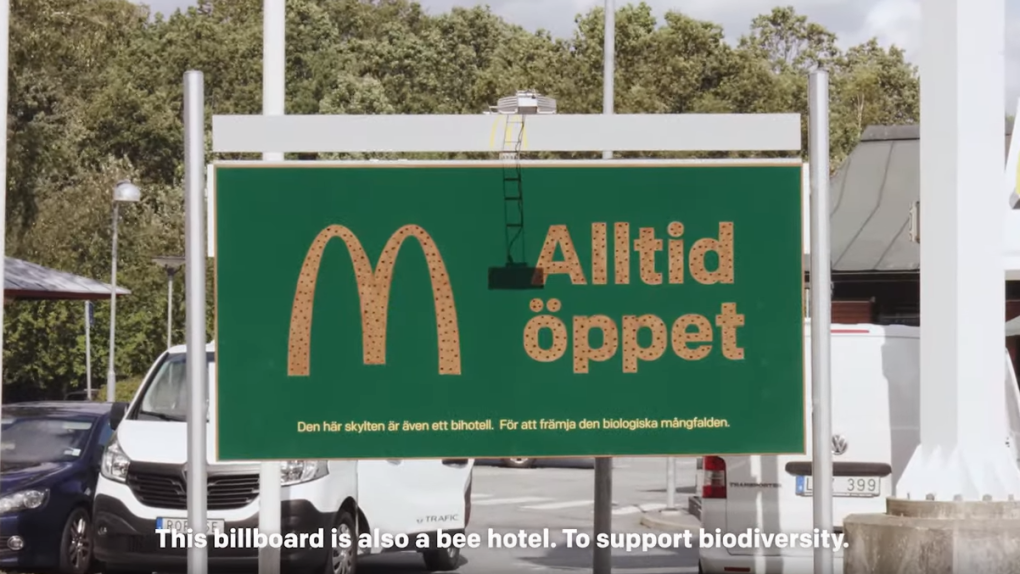 One of the signage 'bee hotels' featured in McDonald's Sweden promotional video. (McDonald's Sverige on YouTube)

TORONTO -- McDonald’s Sweden has decided to open ‘bee hotels’ in an effort to bolster the local bee population.

The company has created signage that has holes drilled into the front to provide access for “thousands of wild guests” to have a home, according to the promotional video posted on the McDonald’s Sweden YouTube account.

“1/3 of the food we eat is made possible by bees,” the video captions state. “But 30% of Sweden’s wild bees are threatened by extinction.”

The video details that a major obstacle is the decline of habitable spaces for the bees to live, a problem the company hopes to address with their initiative.

McDonald’s Sweden has also started building miniature ‘hotels’ on the unused backs of billboards in a partnership with outdoor advertising firm JCDecaux.

To helm the project, McDonalds’ teamed up with creative agency NORD NDDB, who had previously launched the McHive – a fully functional bee hive inside the “world’s smallest McDonald’s” in May, on World Bee Day.