Scientists find another threat to Greenland's glaciers lurking beneath the ice 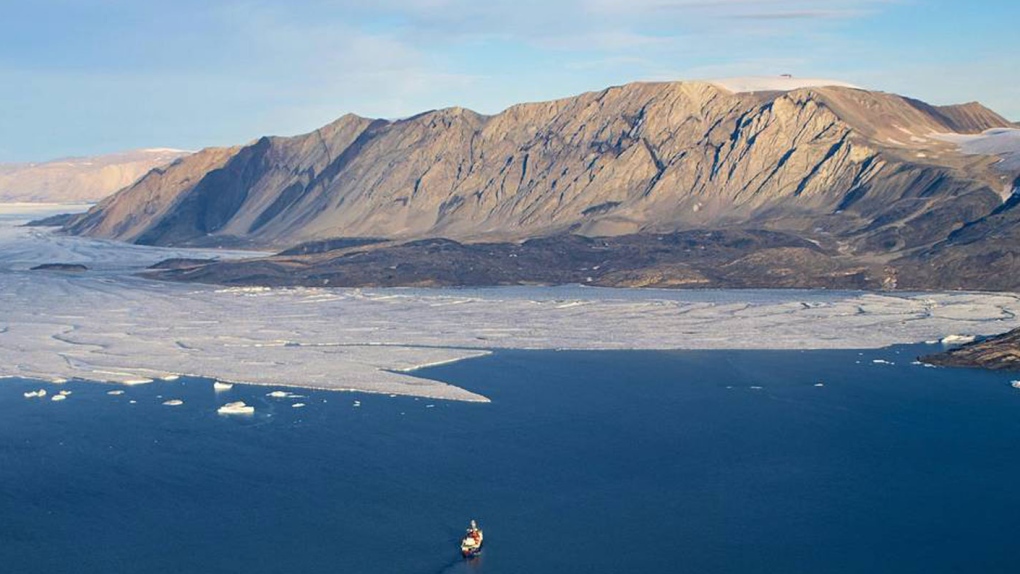 Scientists have long known that higher air temperatures are contributing to the surface melting on Greenland's ice sheet.

But a new study has found another threat that has begun attacking the ice from below: Warm ocean water moving underneath the vast glaciers is causing them to melt even more quickly.

The findings were published Monday in the journal Nature Geoscience by researchers who studied one of the many "ice tongues" of the Nioghalvfjerdsfjorden Glacier -- also known as the 79° North Glacier -- in northeast Greenland.

An ice tongue is a strip of ice that floats on the water without breaking off from the ice on land. The massive one these scientists studied is nearly 50 miles long.

The survey revealed an underwater current more than a mile wide where warm water from the Atlantic Ocean is able to flow directly towards the glacier, bringing large amounts of heat into contact with the ice and accelerating the glacier's melting.

"The reason for the intensified melting is now clear," said Janin Schaffer, an oceanographer from the Alfred Wegener Institute in Germany who led the team of researchers, in a release about the findings.

The scientists also found a similar current flowing near another of Greenland's glaciers, where a large ice tongue had recently broken off into the ocean.

What warmer oceans mean for the planet

Much of the Arctic experienced record temperatures last summer, which caused Greenland's ice sheet to lose 11 billion tons of surface ice to the ocean in just one day, scientists said. That is the equivalent of 4.4 million Olympic swimming pools.

In July alone, Greenland's ice sheet lost 197 billion tons of ice, or the equivalent of around 80 million Olympic swimming pools, according to Ruth Mottram, a climate scientist with the Danish Meteorological Institute.

Water temperatures also broke records in 2019. A study published in the journal Advances in Atmospheric Sciences says the ocean temperature last year was 0.075 degrees Celsius above the 1981-2010 average. The study's authors said the heat absorbed today by the world's oceans is now equivalent to dropping roughly five Hiroshima bombs into them every second over the past 25 years.

Warmer oceans as a result of the climate crisis also make extreme weather events such as hurricanes capable of producing more rainfall.

And ocean heat impacts the stability of sea life, which could lead to declining fish catches in many parts of the world dependent on the ocean as a primary food source.