Scientists claim to have 'reversed time' with quantum computer 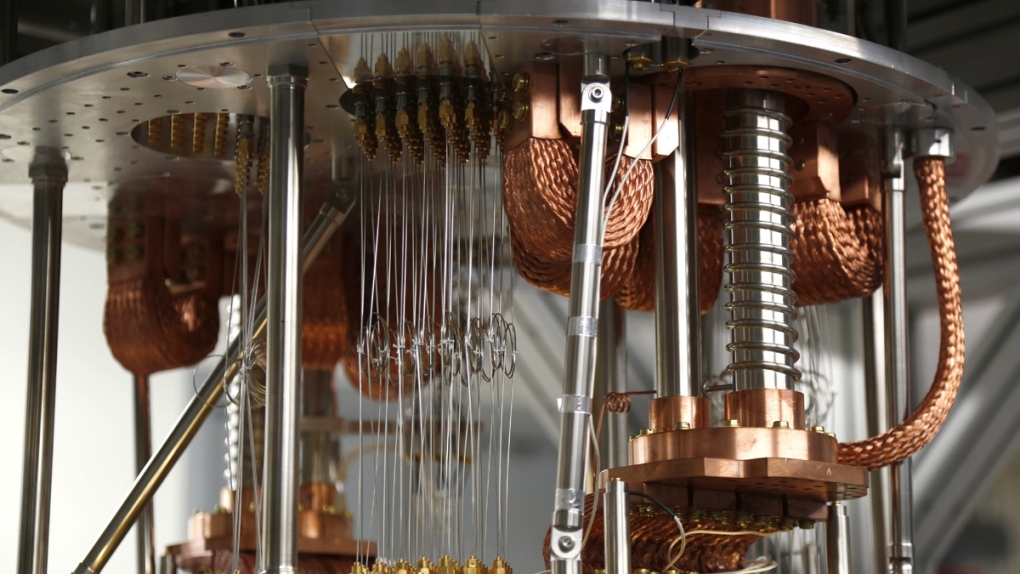 Electronics for use in a quantum computer in the quantum computing lab at the IBM Thomas J. Watson Research Center in Yorktown Heights, N.Y. (Seth Wenig / AP)

An international team of scientists claims to have reversed time with the help of a quantum computer.

By using electrons and quantum mechanics researchers claim they were able to turn back time in an experiment likened to causing a broken rack of pool balls to roll back into place.

The experiment used quantum computer programs to ‘rewind’ scattered quantum bits or qubits back to their starting points.

Researchers from the Moscow Institute of Physics and Technology, helped by colleagues in Switzerland and the U.S., expect the technique to become more efficient.

“Our findings break ground for investigations of the time reversal and the backward time flow in real quantum systems,” the scientists wrote in their conclusion to ‘Arrow of time and its reversal on IBM Quantum Computer.’

“Another fundamental question is whether it is possible at all to design a quantum algorithm that would perform time-reversal more efficiently.”

The scientists found that, working with just two qubits, time reversal was achieved with a success rate of 85 per cent.

When three qubits were involved more errors occurred and the experiment was successful just half the time.