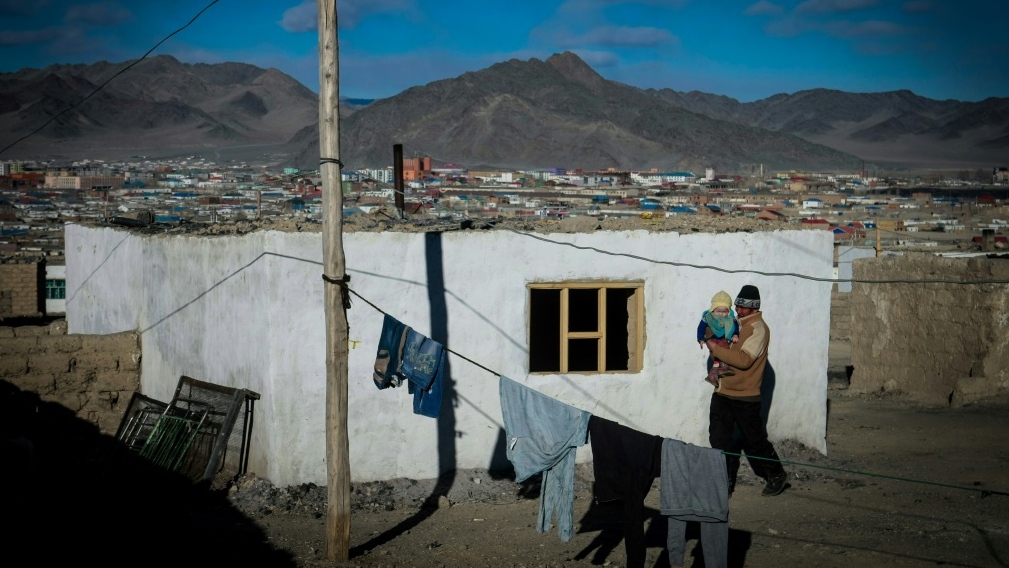 A man carries a child in the center of Bayan-Ulgii, a province of Mongolia bordering Russia and China which has seen two bubonic plague cases. (AFP)

MOSCOW, RUSSIA -- Russian authorities have warned residents of regions near Mongolia against hunting marmots but stressed there was no risk of bubonic plague spreading across the country.

On Tuesday, the World Health Organization said it was also monitoring a case of bubonic plague in China after being notified by the authorities in Beijing.

Authorities in the Tuva region urged residents in a statement to be vigilant and "refrain from hunting marmots and eating marmot meat."

The special focus is on Altai's Kosh-Agach district, which has been known as a natural hotbed of plague since the 1950s and where marmot hunting is formally banned.

By the start of the hunting season 18,000 people had been vaccinated against plague in the region including 16,500 people in the Kosh-Agach district.

Plague is highly contagious and transmitted between animals and humans through the bite of infected fleas and contact with infected animals like marmots.

Despite the precautions Rospotrebnadzor, Russia's consumer safety watchdog, said that even if individual cases appear in the country they would not lead to the spread of the disease thanks to the existence of a vaccine and drugs.

"There is no danger of bubonic plague spreading in Russia," the watchdog said in a statement posted on Facebook.