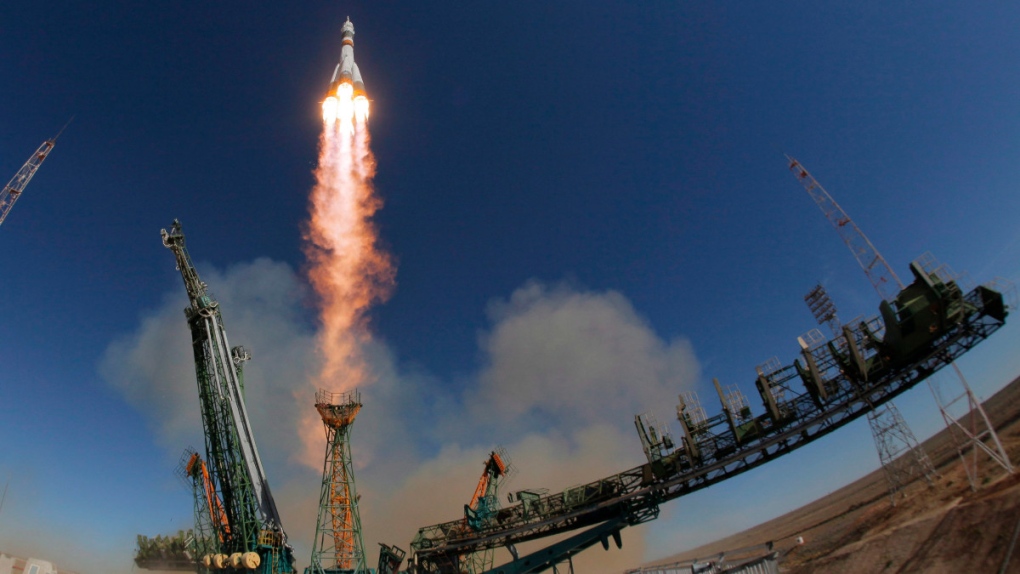 The Soyuz-FG rocket booster, with Soyuz MS-10 space ship carrying a new crew to the International Space Station, blasts off at the Baikonur cosmodrome in Kazakhstan, on Oct. 11, 2018. (Dmitri Lovetsky / AP)

MOSCOW -- Russia's space agency says it will send a team of specialists to South America to investigate the leak of toxic fuel from a Russian rocket stage at the Guiana Space Centre.

The space centre in French Guiana includes a facility for launching Russian Soyuz rockets. Russian state news agency RIA-Novosti on Friday cited an official of the Roscosmos space agency as saying France reported a fuel leak from a Fregat upper-stage booster on May 21.

According to RIA-Novosti, the official said a team of specialists would be dispatched to French Guiana in early June.