Resolving jurisdictions key to saving 'Amazon of the North' 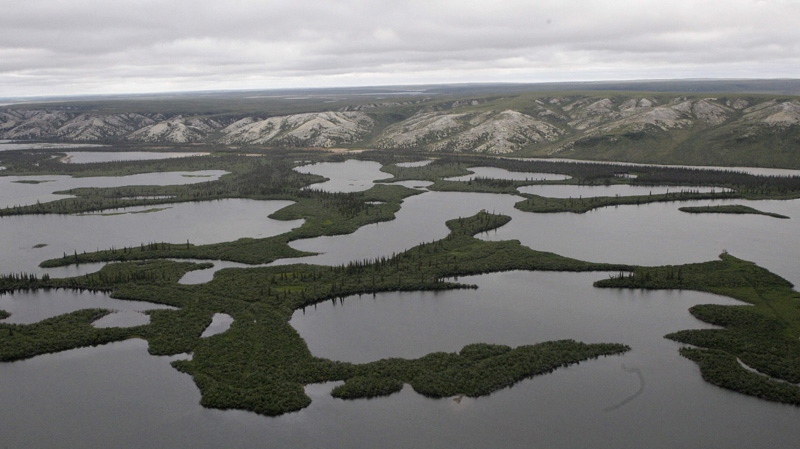 Scientists call it the Amazon of the North and they fear the Mackenzie River Basin, an extensive watershed three times the size of France, is under threat.

But it's not the massive hydroelectric project that the British Columbia government wants to build nor the Alberta oil sands that pose the greatest risk to the river system that flows into British Columbia, Alberta and Saskatchewan through Yukon and Nunavut, into the Northwest Territories and to the Arctic Ocean.

It's the Canadian Constitution.

"The Mackenzie is to the northwest part of the continent what the Amazon is to South America," said Bob Sandford, Canadian chairman of the United Nations International Water for Life Decade initiative and a member of the advisory board of the U.S.-based Rosenberg International Forum on Water Policy.

Sandford will be among the scientists and legal experts gathering in Vancouver beginning Tuesday at the invitation of the Rosenberg forum, a think-tank based at the University of California.

"The Mackenzie River Basin is thought to be one of the lynchpins holding North America's water, ice and climate interface together and if the stability of this important eco-hydrological system is compromised, it could have huge impacts on southern jurisdictions," Sandford said.

The basin includes the Peace and Liard rivers in northern British Columbia, the South Nahanni and Peel rivers in Yukon, and the Hay and Athabasca rivers in Alberta, all of which feed the Mackenzie River, an 1,800-kilometre colossus of water that flows into the Arctic Ocean at the rate of 10.3 million litres per second.

The Mackenzie basin accounts for a staggering 1.8 million square kilometres of land, and takes in Great Slave, Great Bear and Athabasca lakes.

The Vancouver gathering is an effort to come up with a suggested management plan for the basin that just might save it from the problems that plague almost every other major watershed in the world.

"We find worldwide and in Canada that one of the biggest obstacles to effective water policy reform is jurisdictional fragmentation, where provinces and territories and governments have historically held within their own domains the power to manage small sections of larger systems," Sandford said.

This is "the opportunity to break out of an old mould, and an old jurisdictional trap in which we've been since Confederation -- the federated approach to division of powers. And it's urgent because these changes are taking place now, right before our very eyes, certainly in the Northwest Territories."

The Arctic is the proverbial canary in the global warming coal mine, a place where climatic changes are happening two to three times faster than in the south.

Just last week, the United States Snow and Ice Data Center announced that ice in the Arctic Ocean had melted to record low levels this summer and blamed global warming due to greenhouse gases.

B.C.'s premier and the environment minister of the Northwest Territories will be at the meeting in Vancouver, with the hope that it will spur stalled negotiations among the disparate jurisdictions on a trans-boundary agreement on management of the Mackenzie system, which covers 20 per cent of the Canadian land mass.

"We all have a shared goal and interest in a healthy Mackenzie River basin because we all need a healthy basin to survive," said NWT Environment Minister J. Michael Miltenberger.

In 1997, the territory, along with Alberta, Saskatchewan, British Columbia, Yukon and Ottawa, signed a framework agreement for a joint management plan. That was 15 years ago.

"It is a goal yet to be achieved," said Miltenberger, who is also the minister of finance for the territory.

"For the first number of years, probably the first nine or so, the agreement was signed and it sort of sat there. They had a board of well-meaning bureaucrats doing things but politically the attention was on other areas."

For the past six years, he said, his territory has been pushing its neighbours to complete an agreement that would see them take a system-wide approach to managing the river system.

In fact, the NWT government has unanimously passed a resolution recognizing water as a human right -- the only jurisdiction in Canada to have done so.

"There are things happening in every jurisdiction that impact us in the Northwest Territories," Miltenberger said.

"There's been enormous development outside our boundaries that have an impact on us downstream, be it the Bennett Dam, Site C (both in B.C.), the development in Alberta, there's things going on in the Peel watershed in the Yukon, to a lesser degree in Saskatchewan.

"There has been an enormous amount of development."

Environment Canada is sending at least one of its scientists to the conference.

But the other provinces and territories?

"They were offered that opportunity, and some agreed at first to do that and then they declined, hoping to see the final report," Sandford said.

But all governments are increasingly aware of the urgent need to balance economic development with protection of the environment, Miltenberger said.

"The land needs to be maintained and that's got to be our first concern. If we don't have enough water in the ecosystem and the land doesn't survive, everything else is a moot point."

A report last November by the Gordon Foundation, a Toronto-based public policy think tank, recommended all jurisdictions in the basin commit to a binding agreement on management.

"Most folks who have looked at it believe that the degradation of the Mack basin is not pronounced, yet. That this is still a very good place to apply the precautionary principle as opposed to having to spend billions for reclamation, which will have to happen on the Athabasca, for example," said Thomas Axworthy, president of the Gordon Foundation, a supporter of the forum in Vancouver.

Preserving the longest river in Canada is important for the ecological balance of the whole planet, he said.

"But it's absolutely essential to the culture and the lifestyle of Canada's indigenous peoples who live there in the Yukon and the NWT, so it's really a question of rights as well as ecological balance."