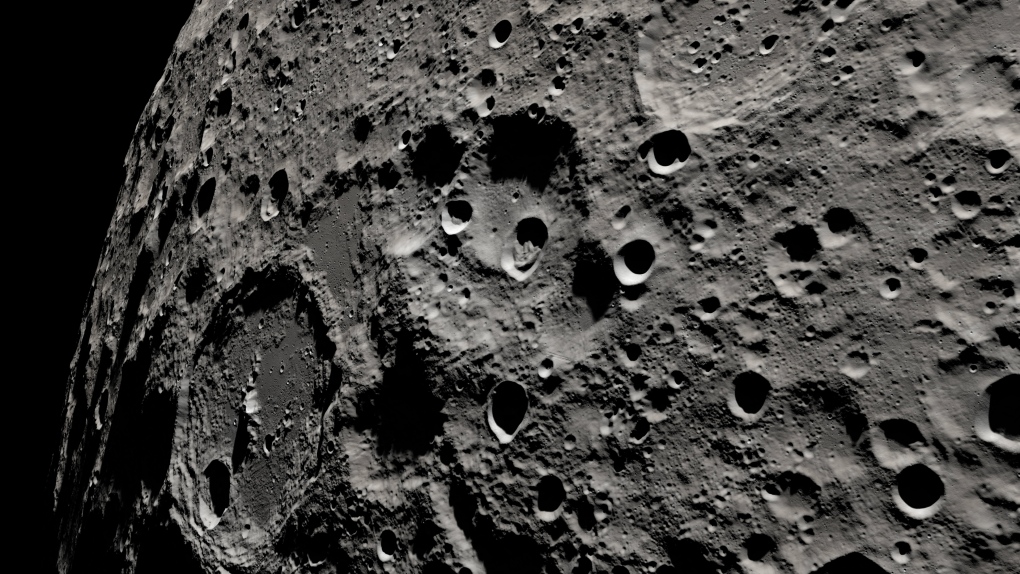 Have you ever wanted to see what the Apollo 13 astronauts saw? NASA's got you covered.

The space agency on Monday released a video of the moon from the point of view of the astronauts on the aborted Apollo 13 mission.

They made the video in 4K resolution using data from the Lunar Reconnaissance Orbiter, a robotic NASA spacecraft that orbits the moon.

NASA said the astronauts were in darkness for eight minutes when they were between earthset and sunrise until the lunar terrain emerged. That's where the video starts.

The journey to the moon

The space agency takes you around parts of the moon for over a minute as music plays in the background.

And then you see Earth. NASA says this is when Apollo 13 reestablished radio contact with Mission Control.

The video ends by showing the trajectory the astronauts took around the moon to get home safely.

It's been slightly sped up to save us all a little time.

Houston, we've had a problem

Apollo 13 astronauts, John Swigert, Fred Haise and James Lovell planned to land on the moon when they lost the use of an oxygen tank necessary to supply air and power.

Swigert said the famous words, "Houston, we've had a problem here," during the mission.

The three-man crew successfully circled the moon and returned safely to Earth.