'Narluga?': Decades-old whale skull is a cross between a narwhal and a beluga 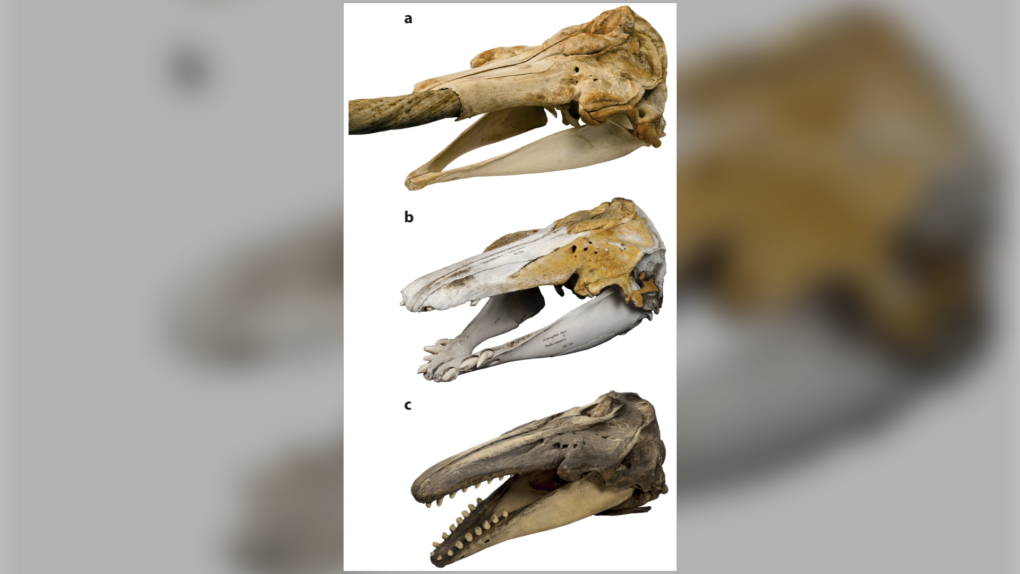 A new study published Thursday in “Scientific Records” uses a 30-year-old whale skull to show that love can defy all odds: including differences of species.

Researchers are calling the new animal a “narluga”—a cross between a beluga whale and a narwhal.

DNA and chemical analyses were performed on the decades-old skull to confirm that it belonged to a male narluga, which is the result of a female narwhal and a male beluga mating. According to the study, this is “the first-ever confirmed hybrid of these two arctic marine mammals.”

This narluga’s story starts in Disko Bay, Greenland, one of the few areas globally where belugas and narwhals coexist in large numbers during mating season, according to the study.

The skull was originally retrieved by an Inuit hunter in that area on a subsistence hunt. Two similar-looking whales had been observed in the water near the whale that would become the study’s specimen, according to the study. They were all described in the study as having “pectoral flippers shaped like those of belugas, and a tail shaped like that of a narwhal.”

The skull was large, and had curious-looking teeth: some that resembled beluga teeth, and others that had a curve, like the corkscrewed narwhal tusk

A professor in Trent University’s department of anthropology, Dr. Paul Szpak, was part of the effort to identify the creature.

“To get the chance to analyze material from an animal that nobody has ever worked with before has been extremely cool,” said Prof. Szpak.

His research found that the narluga’s strange assortment of teeth would’ve likely meant it had a very different diet than either of its parents.

“The findings also teach the world about the biology of belugas and narwhals and how the two species interact,” Szpak said.

Not much is known about the mating habits of belugas and narwhals, respectively, as the whales mate in the spring during the break up of sea ice. But this discovery seems to have confirmed that sometimes, those habits involve each other.