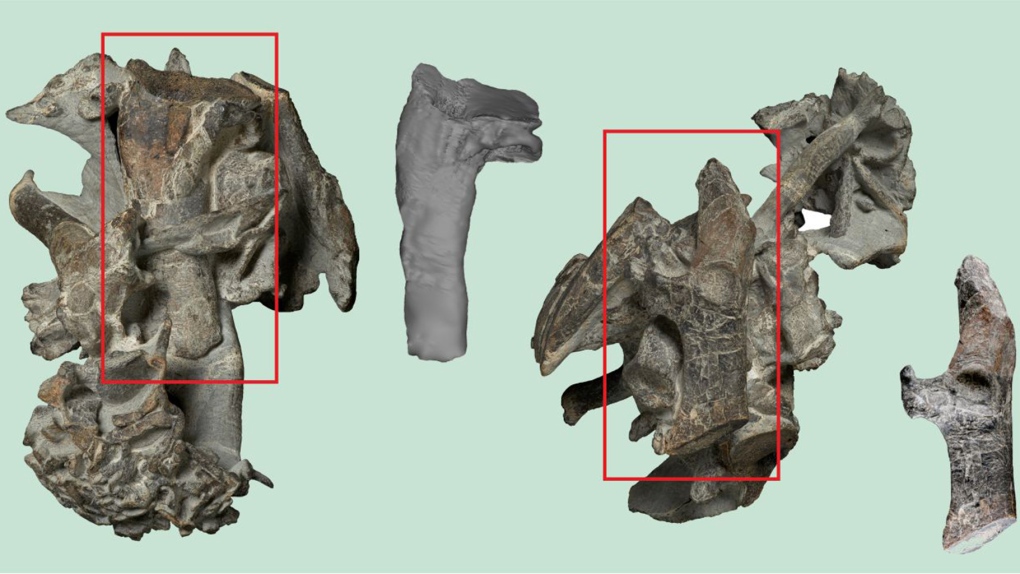 The fossil of a giant penguin. (Senckenberg)

The fossilised bones of an ancient penguin the size of a pro-wrestler have been discovered in New Zealand, scientists said Tuesday, dubbing the creature "monster bird."

With an average height of 1.7 metres (5.5 feet) and a weight of 100 kilogrammes (220 pounds), the giant bird is thought to be one of the world's biggest extinct penguin species, easily dwarfing its cuddly-looking modern descendants.

Its huge frame has earned it the scientific name "kumimanu," meaning "monster bird" in the Maori language, researchers wrote in the scientific journal Nature Communications.

"It is remarkable that even these early forms reached such an enormous size," said German paleontologist and study co-author Gerald Mayr.

The bird is thought to have lived 55-60 million years ago, a period known as the late Paleocene.

"We examined the wing and leg bones of this penguin and quickly realised that we were looking at a previously unknown species," said Mayr of the Senckenberg Research Institute in Frankfurt.

Mayr and his team discovered the bones in the Otago region on New Zealand's South Island, once thronging with giant birds.

Two other huge pre-historic penguins were previously discovered on the island, but they were slightly smaller than "kumimanu."

The experts believe that the seabirds' enormous size developed as a result of their inability to fly.

According to Mayr, the species may have eventually died out with the emergence of other large marine predators such as seals and toothed whales.

"The penguins faced new competition and predation - which may have led to their extinction," he said.

The South Island's most famous inhabitant used to be the moa, flightless cousin to the ostrich that reached up to four metres in height and was hunted to extinction by Maori by the late 18th century.