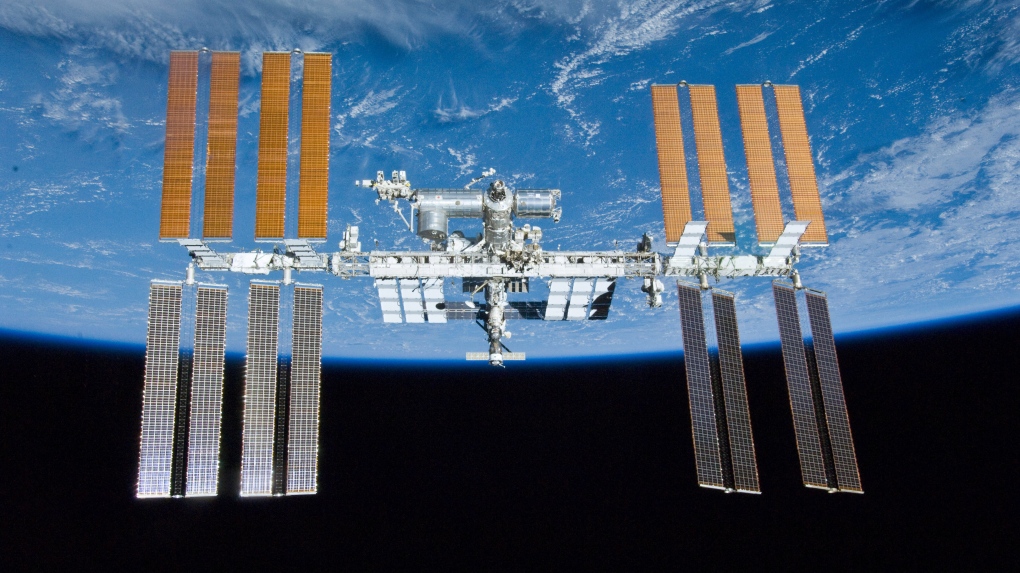 This May 23, 2010 image provided by NASA shows the International Space Station with the Earth in the background. (NASA)

Elon Musk's rocket company, SpaceX, will launch a spacecraft loaded with 5,700 pounds of supplies — including a group of genetically enhanced 'mighty mice' — to the International Space Station on Thursday.

The SpaceX Dragon capsule will fly to orbit atop a Falcon 9 rocket from Kennedy Space Center in Florida shortly at 12:30 pm ET on Thursday. It's slated to link up with the space station on Sunday.

The mission was scheduled to take off on Wednesday, but rough winds in the upper atmosphere caused a one-day delay.

The mice, from the nonprofit Jackson Laboratory in Maine, have genes manipulated to enhance their muscle growth. They'll help scientists understand how to limit muscle and bone loss in humans while they're in space, and they'll add to a long history of rodent research aboard the ISS.

Other research supplies aboard the SpaceX flight will support a hodgepodge of experiments, including those that will test basic theories of gravity, how fire behaves in space and potential therapies for heart disease.

SpaceX routinely flies cargo to the space station for NASA under contracts worth billions of dollars. All but one of SpaceX's resupply missions so far have gone smoothly: a SpaceX Falcon rocket exploded on the seventh such mission, in 2015.

The company is signed up to continue resupply missions through 2024. And a new version of SpaceX's Dragon spacecraft, called Crew Dragon, could soon be ready to fly astronauts in what will be SpaceX's first-ever missions with people on board.

Those NASA contracts, worth a combined total of nearly $8 billion, represent a major chunk of SpaceX's revenue.

The ISS is an orbiting laboratory the size of a five-bedroom home, and it has hosted rotating crews of astronauts since 2000. More than 100 countries have so far used the lab to conduct nearly 3,000 scientific investigations involving everything from health and medicine to astrophysics, according to NASA.

The microgravity environment aboard the space station provides a place where physical and biological phenomena aren't bogged down by the Earth's pull. So conducting experiments in space can give scientists a better fundamental understanding of how something works. Private companies — from Budweiser to Goodyear Tire — also use the space station to carry out research.

SpaceX and Orbital ATK (now Northrop Grumman) began flying cargo to the ISS after NASA retired its Space Shuttle program in 2011. There's been a broad push to hand over more duties at the space station to commercial industry as NASA shifts focus to deep-space exploration, including its plan to put people back on the moon by 2024.

SpaceX and Boeing are each working to develop crew-worthy spacecraft that will end the United States' decade-long reliance on Russia to fly people to space. The capsules are already years behind schedule, but key tests over the coming weeks and months could put SpaceX and Boeing on track to fly their first crewed missions early next year.

SpaceX's 19th cargo mission on Thursday will come as Musk, the company's CEO and chief engineer, entered his third day of a trial in a defamation case.