'Match made in tech-nerd heaven': the online flirtation of Elon Musk and Grimes 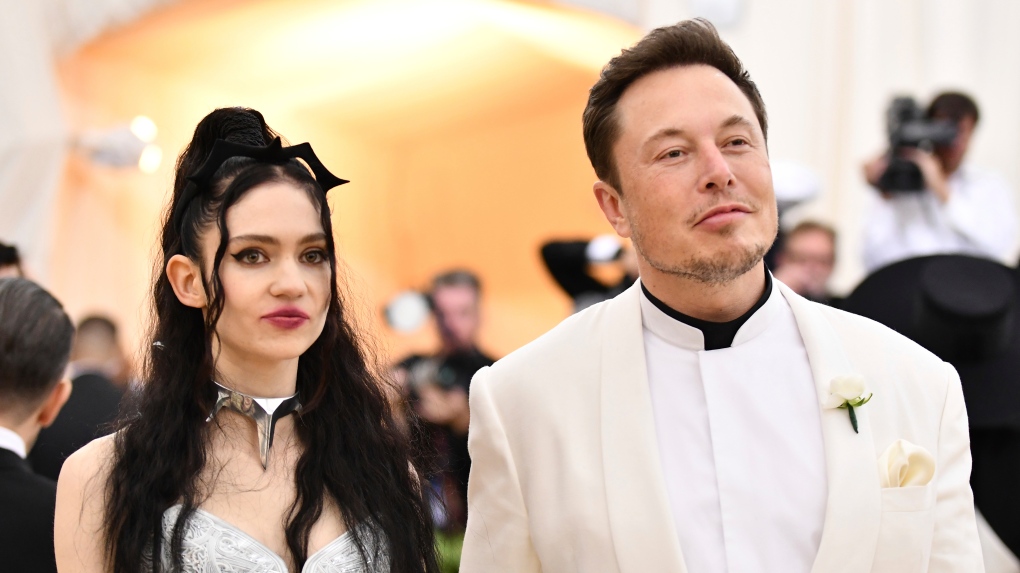 Since appearing side by side on the red carpet this week, Tesla CEO Elon Musk and Canadian musician Grimes have been pegged as an unlikely romantic pair, but an intimacy expert says flirty online banter is a common way to find a match.

Musk shared a video on social media Wednesday of him twirling a darkly dolled-up Grimes in his arms under the stony gaze of statues at the Met Gala in New York, fanning the flames of an online fire storm surrounding the pair's relationship status.

"Night at the museum," he tweeted alongside a link to the video on Vogue's Instagram account. "G has mad skillzsz. Me not so much."

Musk, 46, has been gushing about the 30-year-old synth-pop star on Twitter since their public debut together at Monday's fashion event, which the tech magnate apparently foreshadowed with a tweet about "Rococo basilisk" -- an esoteric riff on the 18th-century baroque style Rococo and an internet thought experiment known as Roko's Basilisk -- which seems to be an inside joke for the pair.

Musk and Grimes have come under some scrutiny from social media users who have pointed to their approximate 15-year age gap, seemingly discordant political views and starkly different professions as evidence of their incompatibility.

But Toronto-born sex educator Shan Boodram said she believes the two may have been able to bridge these apparent divides with a form of long-distance courtship that has become increasingly common in the digital age -- the social media romance.

"I think that social media is an awesome place to connect and meet, and they've been a great example of the potential of that -- whether you're a billionaire, or you're still just figuring it out," Boodram said.

"You can do a bit more of a deep dive on social media, and it can be a bit of a slower burn."

Boodram, who offers a millennial perspective on sex and dating, said social networking platforms have facilitated romantic relationships since their inception, combining the digital reach of online dating with the social accountability of meeting through friends.

While dating websites and apps tend to offer only superficial information about users, social media profiles offer a more fulsome -- if curated -- view of a potential beau, providing more opportunity for would-be couples to find common interests and feel each other out.

"You get to read this person's entire perspective and all the various thoughts that they've had whether they've been on the toilet or they're at a concert," she said.

"I think from that vantage point, it actually, to me, is a better way to meet than online dating."

Boodram said much of social media mating follows a similar pattern to how she met her current partner. After briefly meeting in person, they followed each other on social media, and a few reciprocal likes and comment later, they started up a conversation using the platform's private message function.

Among young people, this move is known as "sliding into someone's DMs," or direct messages. Boodram said the real-life analogue of this online mating ritual would be to gently touch someone's elbow and pull them away from the group to talk somewhere a little more private.

But unlike hanging out at a bar, she said, these intimate discussions can extend over months -- or in her case, a year -- before the online love birds meet up in person.

"I was able to get to know my partner really well before we ever grazed hands," she said.

While she has no knowledge of their private online history, Boodram said based on the Twitter exchanges between Musk and Grimes, they appear to have a playful rapport typical of couples who have spent time developing a shared sense of humour, even if few others seem to be in on the joke.

"It seems like they're a match made in tech-nerd heaven," she said.

Boodram said online flirtation can be especially useful for image-conscious celebrities who would rather get to know each other behind the scenes than risk having dead-end dates becoming tabloid fodder.

When a high-profile romance moves from private messages to social media posts for all to see, Boodram said it heightens the sense of "danger," but can also expose a fledgling relationship to the intense pressures of public life in the digital age.

"There's a sense of accountability that maybe your viewers or your followers have to continue to learn about this relationship and watch it unfold," she said.