Japan debuts new bullet train that can run during an earthquake 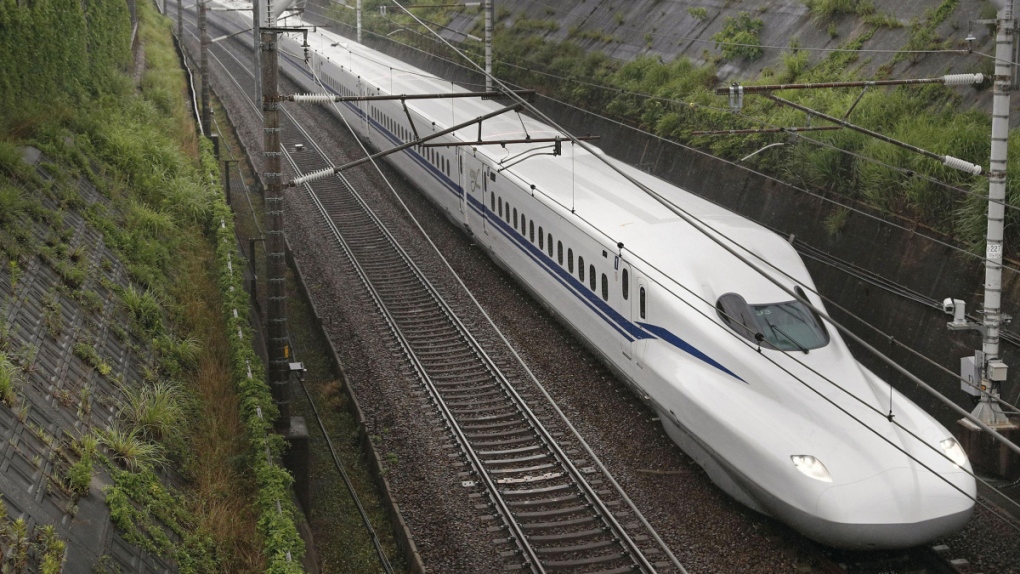 Japan's latest record-breaking bullet train doesn't only run faster and smoother -- it's also able to transport passengers to safety in the event of an earthquake.

The N700S -- the 'S' stands for 'Supreme' -- entered into service July 1 and serves the Tokaido Shinkansen line, which links Tokyo Station and Shin-Osaka Station in Osaka.

It can run up to 360 kilometres per hour, a new record set during a test run in 2019, making it one of the fastest trains in the world. The operating speed, however, will be capped at 285 kilometers per hour.

It's the first new bullet train model to be added to the Tokaido Shinkansen line by the Central Japan Railway (JR Central) in 13 years, a launch that was originally timed to coincide with the Tokyo Olympics in 2020 -- now postponed to 2021.

Coincidentally, Japan inaugurated the Tokaido Shinkansen line in 1964, connecting Tokyo and Osaka, just in time for the Summer Olympics in Tokyo that same year. It was the world's first high speed railway line.

Appearance-wise, the N700S doesn't look too different from the older N700 or N700A models, apart from its elegant golden logo.

But look closer and you'll see the brand-new train has a more angular nose, chubbier "cheeks" and sleeker headlight design.

On the inside, newly designed seats allow passengers to recline further, offering more comfort, especially for long-haul riders. Each seat has an individual power outlet.

Interior lighting has been designed to create a softer, more relaxing atmosphere. The overhead baggage racks will be lit up at each stop to remind passengers of their belongings.

More reservation-only storage areas for extra-large luggage have been added to this model as well.

The actual ride will be a lot quieter and smoother, too, thanks to a new active suspension system that helps absorb train movements.

In addition to a focus on increased comfort, designers behind the new model put great emphasis on safety.

The train has an upgraded automatic control and braking system that allows it to halt faster in case of an emergency.

It's also fitted with lithium-ion battery self-propulsion system -- the first of its kind in the world. This system allows the train to run for a short distance on its own during a power outage and will make it possible for it to move to a safer location at low speed if stranded in a high-risk area -- on a bridge or in a tunnel, for example -- during an earthquake.

More cameras have also been installed inside car compartments -- an increase from two cameras to up to six in each train car.

The upgraded components will take up less space under the train floor compared to the old model, making it possible for a more flexible configuration, from four to 16 cars. This also decreases energy consumption while speeding up production times, making it a more appealing option for operators internationally.

"By making the mechanisms under the floor of the N700S lighter and more compact, we created a new standard," Masayuki Ueno, deputy head of JR Central's bullet train business department, told Japanese broadcaster NHK in an interview in 2019.

"This new standard will also help when it comes to expanding our business overseas."