Hubble shows the heart of the Milky Way 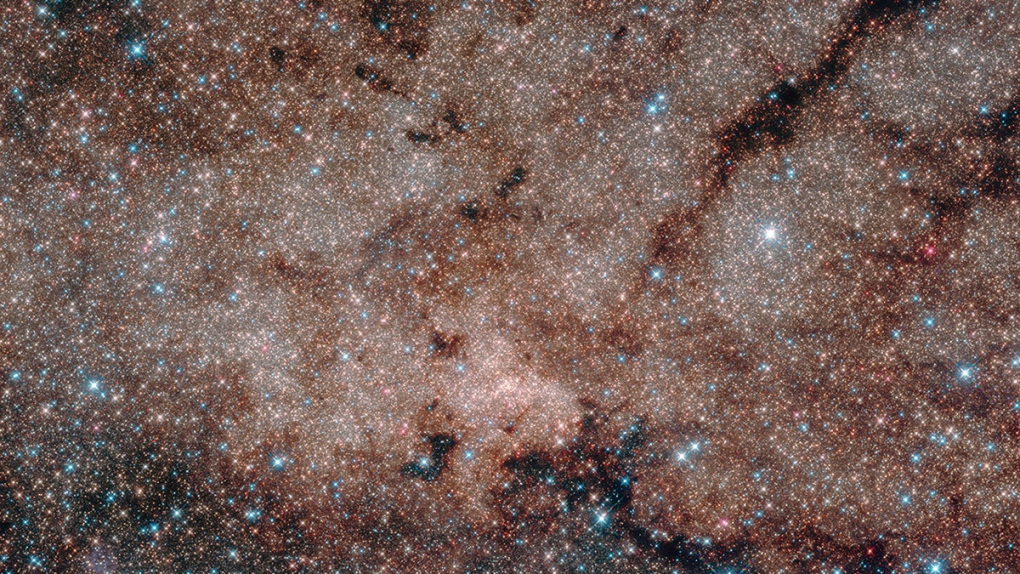 Hubble's infrared vision saw through to the heart of the Milky Way galaxy to reveal more than half a million stars at its core. (NASA, ESA)

NASA’s Hubble Telescope has captured an image of the heart of Earth’s Milky Way Galaxy, showing more than half a million stars surrounding a supermassive black hole located approximately 27,000 light-years from Earth.

The image, comprised of nine separate pictures from Hubble’s Wide Field Camera 3, captures a stretch of space that spans a distance of 50 light-years. The telescope uses infrared light which is invisible to humans, but has been translated into colours for this image.

According to NASA, the red stars are “embedded or shrouded by intervening dust” and the black background is “extremely dense clouds of gas and dust” that Hubble’s infrared technology cannot see through.

“Scientists were able to infer important properties such as the mass and structure of the nuclear star cluster,” according to NASA. “The motion of the stars may also offer a glimpse into how the star cluster was formed.”

Astronomers also believe that there are about 10 million more stars that the Hubble Telescope has not been able to capture in this image.