Huawei CEO: We can survive an even tougher fight with the U.S. 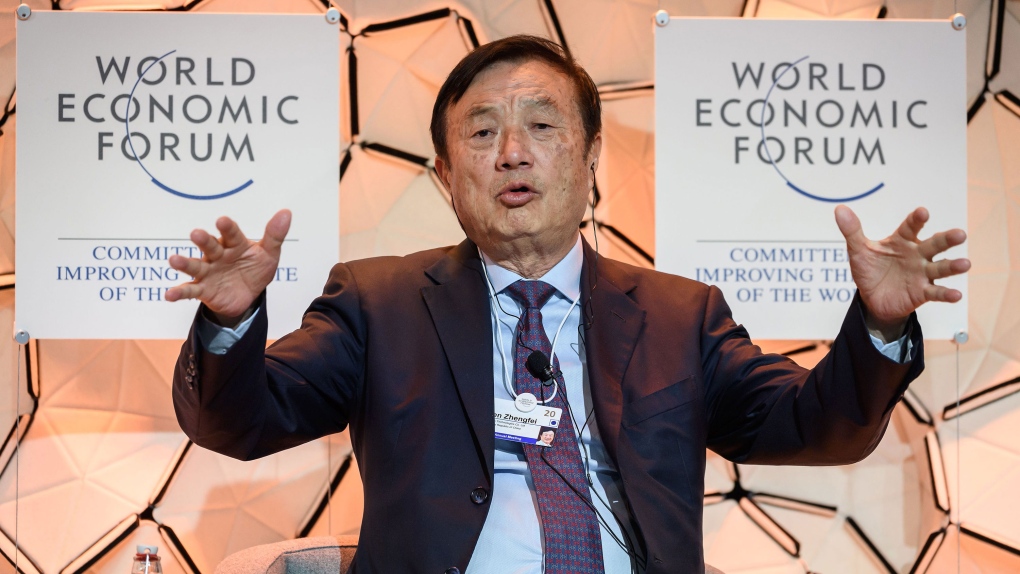 Huawei's founder and CEO had a confident message for the business leaders and politicians gathering in Davos: His company can withstand even greater hostility from the United States. (Fabrice Coffrini/AFP via Getty Images/CNN)

Huawei's founder and CEO had a confident message for the business leaders and politicians gathering in Davos: His company can withstand even greater hostility from the United States.

"Since we already gained experience from last year and we got a stronger team, I think we are more confident that we can survive even further attacks," Ren Zhengfei said Tuesday during a panel at the World Economic Forum.

Despite a fragile truce between China and the U.S. on trade, with the "phase one" deal signed in Washington last week, the world's two largest economies remain locked in a battle over tech supremacy. Huawei is at the center of that fight.

Last year, the United States placed the Chinese smartphone and telecom equipment maker on an export blacklist, restricting its ability to buy components from American suppliers. Bloomberg has reported that the U.S. government is weighing even tougher limits on the company.

The Trump administration is also pushing allies such as the United Kingdom and Germany to exclude Huawei equipment from their 5G networks. U.S. officials argue that the company poses a national security threat, an accusation Huawei denies.

Ren, speaking on a panel titled "A Future Shaped by a Technology Arms Race," said that the company's business remained solid after it was added to the U.S. blacklist in 2019.

"It didn't hurt us much," he said. "We basically withstood the challenges." In the event of further escalation, he said, "the impact on Huawei's business would not be very significant."

A top Huawei executive said in December that sales revenue for 2019 grew an estimated 18 per cent compared to the previous year, though he conceded that 2020 could be more difficult.

Huawei remains in a sensitive political position. Meng Wanzhou, Ren's daughter and the company's chief financial officer, is in court in Vancouver this week for hearings that could eventually determine whether she'll be extradited to the United States, where she faces charges of bank fraud and sanctions violations.

Her arrest a little more than a year ago remains a flash point in relations between Washington and Beijing. Canada's role in detaining Meng has also strained its ties with China.

Ren told attendees in Davos that he does not think the growing fight over technology will result in two distinct systems controlled by separate world powers. "Science is about one truth," he said. And he maintained that "the development of technology is not for bad but for good."

Fear over technology like artificial intelligence, Ren said, is reminiscent of fears tied to atomic energy when he was young. Since then, it's become clear that nuclear energy has some positive applications, such as in medicine, he said.

Plus, "AI is not as damaging as atom bombs," he said.