How to watch the Geminid meteor shower despite a bright moon 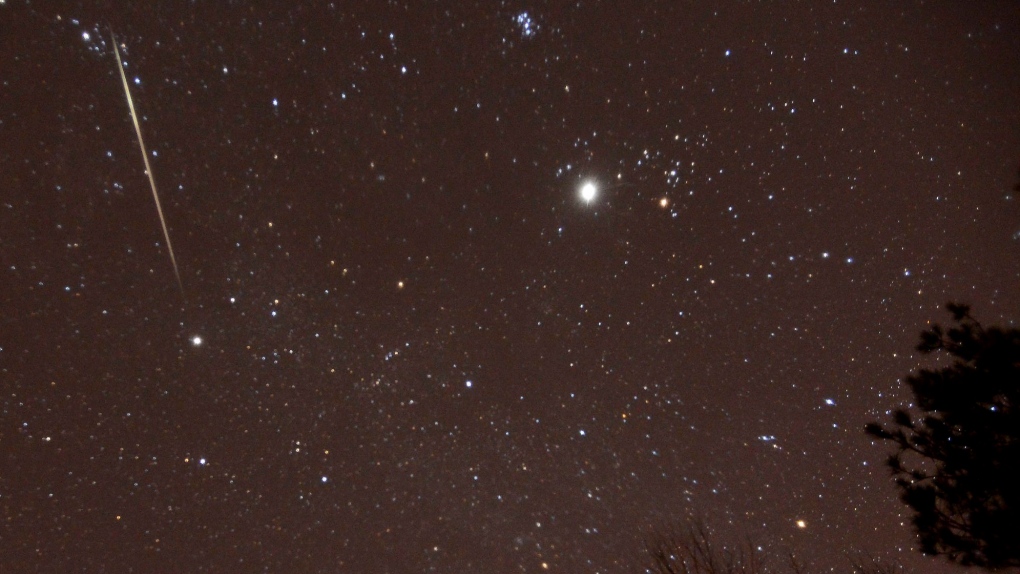 In this Thursday night, Dec. 13, 2012, file photo, a meteor streaks across the sky during the annual Geminid meteor shower over Springville, Ala. The Geminids meteor shower hits its peak on Dec. 14, but a full moon will outshine the celestial show this year. (Mark Almond/AL.com via AP, File)

TORONTO -- One of the most eye-catching meteor showers of the year might be harder to see than usual because these so-called shooting stars will have to battle an almost full moon for the limelight.

The Geminid meteor shower, which streaks through the sky every year in December, can include up to 140 meteors per hour, according to NASA, making it one of the biggest natural light shows the night sky has to offer.

But the peak viewing nights for the shower this year are on Dec. 13 and 14, right after the full moon hits on Dec. 12.

This means that the moon will still be over 90 per cent visible in the sky, making it harder to spot the paler lines of meteors.

For those who want to try star-gazing, you’ll get the best results looking up at a dark sky, away from the light pollution of the city, between midnight and 2 a.m.

According to the American Meteor Society, you should still be able to see around 20 meteors per hour on Dec. 14, as long as it is a cloudless night.

Meteors are sometimes called shooting stars, but they’re actually space rocks ranging in size from dust particles to small asteroids that burn up when they enter our atmosphere, creating the dazzling effect we can see from the ground.

Although Dec. 13 and 14 are considered the nights when viewing will be easiest and the number of meteors will be highest, the Geminids are visible from Earth from Dec. 4 to Dec. 17.

The Geminid meteor shower gets its name from the fact that its radiant comes from a spot in the Gemini constellation. A radiant is the name for a point in the sky that all of the meteors in a particular shower appear to be emerging from.