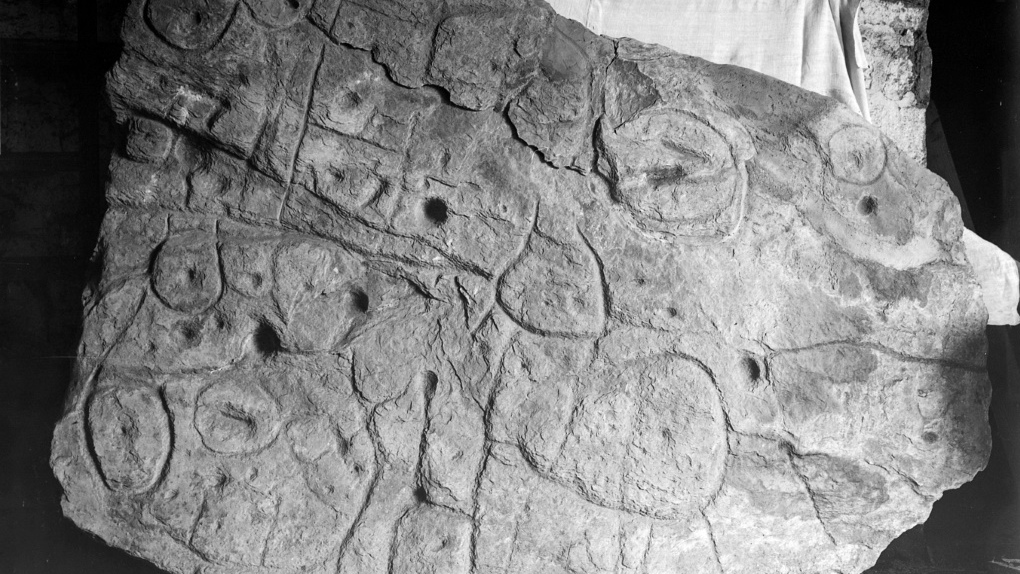 This handout picture released by the Archives of the French Finistere department on April 7, 2021, shows the prehistoric slab of Saint-Belec after its restoration, in Leuhan, Western France. (AFP)

BREST, FRANCE -- A Bronze-age slab first uncovered in 1900 in western France is the oldest map in Europe, according to a study released this week.

The 4,000-year-old object, known as the Saint-Belec slab, is engraved with markings that represent part of the Black Mountains region of western France, said Yvan Pailler, an archaeologist and one of the authors of the study published in the Bulletin of the French Prehistoric Society.

"Today, it is the oldest map of a territory in Europe," he said.

"You can see on the slab carvings which, at first sight, are not understandable.

"You must really take your time to start to comprehend the way the motifs are organised and structured and the way they are interlinked through lines."

Archeologist Paul du Chatellier discovered the slab at an ancient burial ground in Finistere in 1900, and it was stored for decades at one of his properties.

The repeated motifs joined by lines represented a territory 30 kilometres long and 21 kilometres wide and may signify the ownership of the land by a prince or a king, the researchers said.

"If we could decipher what these symbols mean, we would know what the map represents," Paillier said, adding that the slab raises many questions.

"Can we still talk about societies where writing didn't exist and of pre or protohistory when you can produce a map with a caption?"