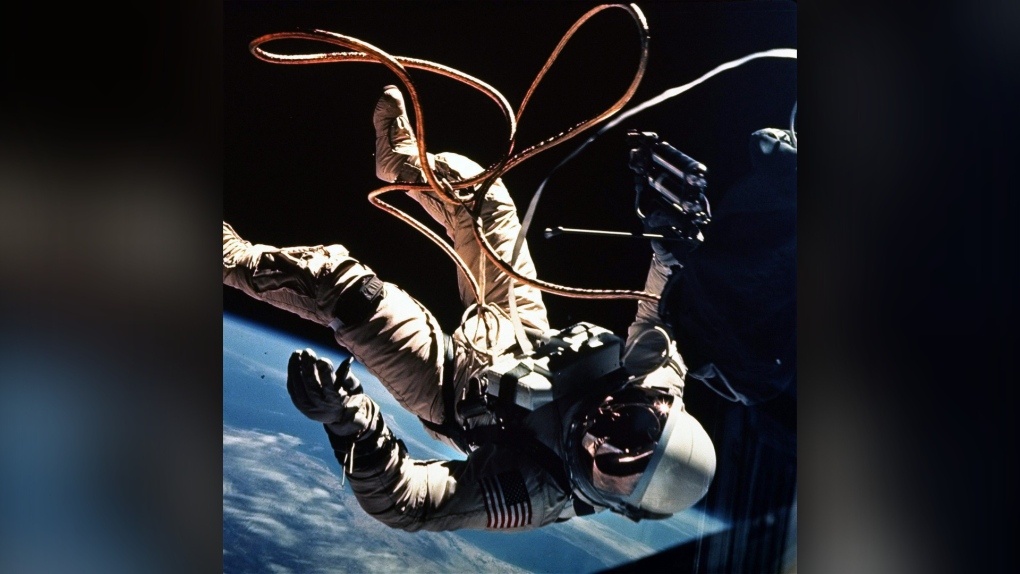 Astronaut Ed White, the first person to litter in space, moves away from the Gemini 4 capsule in this 1965 file photo. (THE CANADIAN PRESS / AP / NASA, FILE)

BERLIN -- The European Space Agency says it is signing a 86 million-euro (US$102 million) contract with a Swiss start-up company to bring a large piece of orbital trash back to Earth.

The agency said Thursday that the deal with ClearSpace SA will lead to the "first active debris removal mission" in 2025, in which a custom-made spacecraft will capture and bring down part of a rocket once used to deliver a satellite into orbit.

Experts have long warned that hundreds of thousands of pieces of space debris circling the planet -- including an astronaut's lost mirror -- pose a threat to functioning satellites and even the International Space Station. Several teams are working on ways to tackle the problem.

The object being removed from orbit is a so-called Vespa payload adapter that was used to hold and then release a satellite in 2013. It weighs about 112 kilograms (247 pounds).