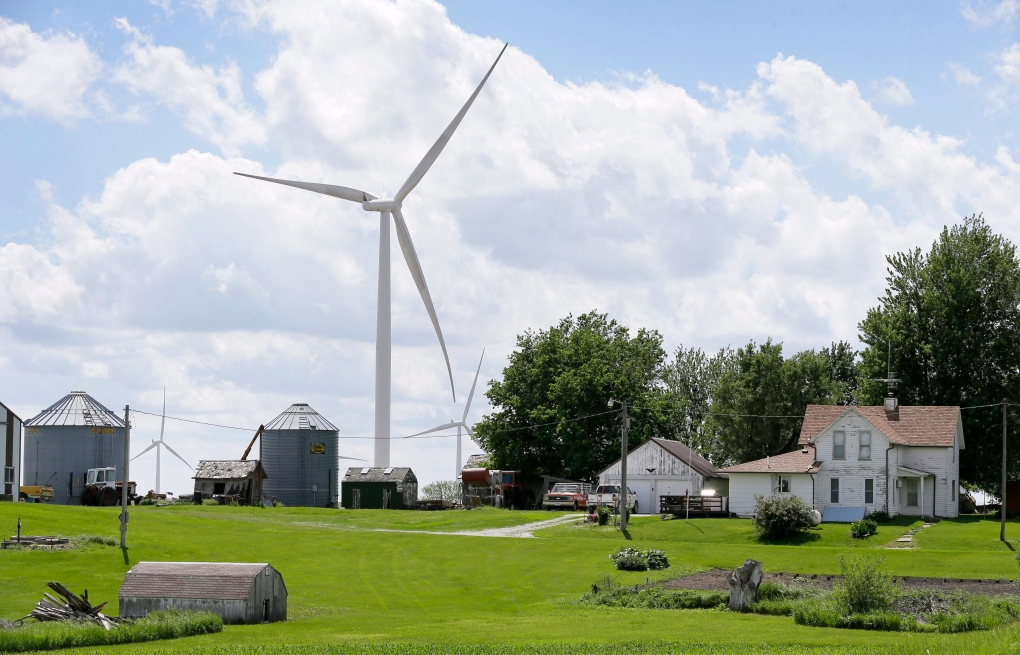 TORONTO -- Environment Canada is preparing to roll out new radar technology in order to combat wind farm clutter, which clouds weather forecasts, misleads meteorologists and can even block radar signals.

Jim Young, who works at the agency's national radar program, said new software will be incorporated into Canada's radar system this fall in an effort to address the "contamination" caused by wind turbines.

"I certainly have very high hopes," he said, adding that Environment Canada has been concerned about wind farm clutter for years.

The agency uses Doppler radar to predict storms, but the movement of wind turbine propellers can mimic weather.

Young said accurate radar data relies on movement -- still objects including buildings, trees and towers are filtered out to allow for an analysis of the weather.

On its website, Environment Canada warns that the degradation of data can be "significantly misleading for forecasters under storm conditions."

Young said the disruption caused by wind farms is based on their proximity to radar sites.

"The closer you get, that clutter becomes larger and larger," he said.

In extreme circumstances, wind turbines can block radar scans, which Young compares to beams of light emanating from a flashlight.

"If you put a large obstruction in front of your flashlight, you are going to create a shadow behind it, where you can't see anything," he said, adding that the same thing can happen when scanning wind farms.

He said so far Environment Canada hasn't had to deal with full blockages.

"Environment Canada will be very concerned if any wind farms are built that close to a radar site," he said.

Young added that he has been working with research groups at McGill University and the University of Oklahoma on software for the past year.

The project will allow forecasters to better distinguish between weather and wind farms, but it still might not be enough in extreme weather, he said.

As an "extra layer of protection," Environment Canada is in the process of finalizing a curtailment agreement with a major wind energy company, he said.

Young said the agreement will include shutting down wind turbines if necessary during extreme weather events.

A spokeswoman for NextEra Energy Canada, which has wind projects in Ontario, Quebec, Alberta and Nova Scotia, said the company has worked with Environment Canada to understand weather radar equipment and its compatibility with wind turbines.

Josie Bird said the agreed upon "exceptional weather event protocol" outlines how the company can work with Environment Canada in extreme weather.

"The mitigation agreement would provide Environment Canada the ability to request a change in the operations of the nearby wind farm, which will then be managed by our operations team," she said via email.

Part of the problem is the competition for prime real estate, Young said.

"The ideal places for locating a wind farm are also ideal locations for weather radar," he said. "You are close to populations and close to infrastructure."

He added that he works with a U.S. counterpart to discuss wind farms close to the U.S.-Canada border, where most of Environment Canada's radar network is set up.

But Canada has a "sparse" radar network compared to the U.S., he said, adding that when the U.S. system faces obstruction, there is often overlap so another radar site will compensate for the problem.

"Our radar coverage is nowhere near as dense as the U.S. network," he said.

He added that other types of radar in Canada, such as air surveillance and air traffic control, could also be affected by wind turbines.

"It's not a problem limited to Canada," he said. "It's a worldwide issue."