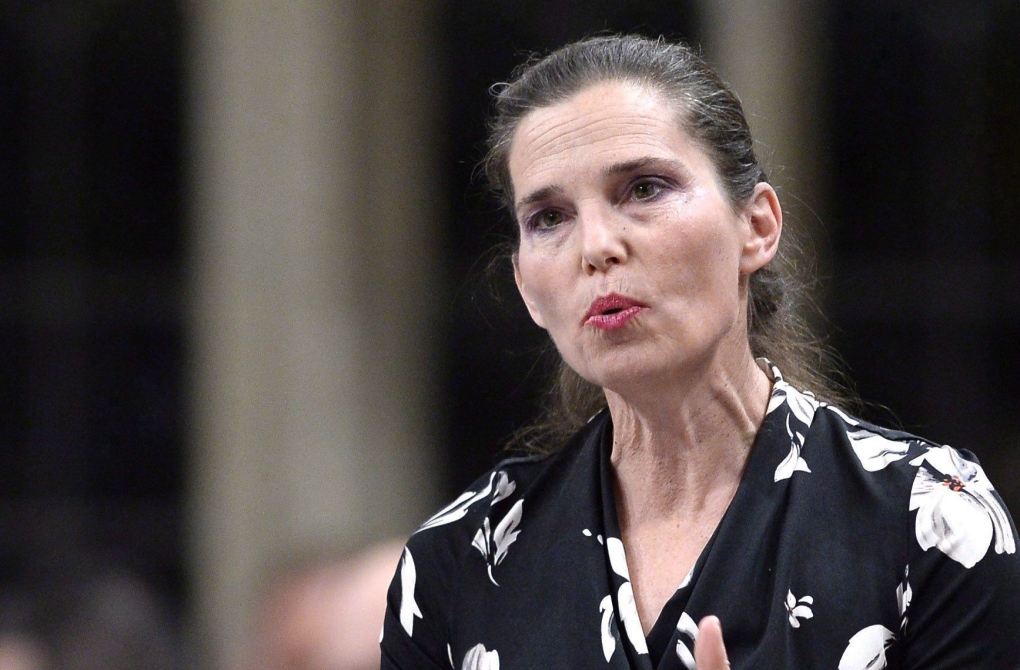 Minister of Science, Sport and Persons with Disabilities Kirsty Duncan rises during Question Period in the House of Commons on Parliament Hill in Ottawa on Monday, Feb. 26, 2018. (THE CANADIAN )PRESS/Justin Tang

OTTAWA -- Last June, Science Minister Kirsty Duncan hung out the "we're hiring" sign and dangled grants of up to $1 million to try and lure some of the best and brightest international researchers to come to work in Canada.

Nine months later, 24 scientists have been given the nod, 10 of whom are Canadians coming home from all over the world.

Duncan calls it a "brain gain."

"We're in a global talent competition," Duncan said. "All the research superpowers want to pull the best and brightest to their countries."

The Canada 150 Research Chairs program was introduced last year with $117 million, aiming to hire between 15 and 35 scientists currently working abroad.

Duncan said "thousands" of people applied, their applications were peer reviewed and 24 have been chosen.

She said many of the scientists say the fact Canada chose to celebrate its 150th birthday with a major investment in scientific research was a big reason why they applied.

Carolyn Fischer, an economist with a Washington, D.C.-based think tank, had been collaborating with the Smart Prosperity Institute at the University of Ottawa when the Canada 150 research chairs program was announced. She was flooded with people telling her to apply, so she did.

"It's an exciting opportunity," she said.

Fischer's area of expertise is the environment and economy and she said the University of Ottawa has a developing expertise on it, which makes moving to Ottawa to be part of that appealing. So did the idea of working in Ottawa, where the federal government is in the midst of rolling out a national carbon pricing policy.

"There is a bit more going on in climate policy than in the U.S., at least at the federal level right now, so it seems like a good time to swing north," she said.

The United States is the only country in the world not currently endorsing the international Paris accord agreement to cut greenhouse emissions. It signed on under former president Barack Obama, but President Donald Trump says he will pull out of the agreement in 2020, the earliest date any country can withdraw.

Fischer was born in Ontario to a pair of computer science professors -- one American, one Canadian -- then working at the University of Waterloo. She grew up mostly in the United States and has been for the last 20 years a fellow at Resources for the Future in Washington.

Duncan has been pushing universities and granting councils to up their game in attracting women to chairs jobs, even threatening not to renew funding for other research jobs at schools that don't improve their gender ratios. For the Canada 150 research chairs, 14 are women, which Duncan says is a huge accomplishment.

The 24 researchers will work in a variety of fields including theoretical and quantum chemistry, hydrology, vaccinology and bacterial cell biology, new media and environment economics.

They come from across the United States including Harvard University, UCLA, Duke University, and Johns Hopkins University, as well as post-secondary institutions in England, Austria and South Africa. They will take up residence at more than a dozen schools across Canada in almost every province.