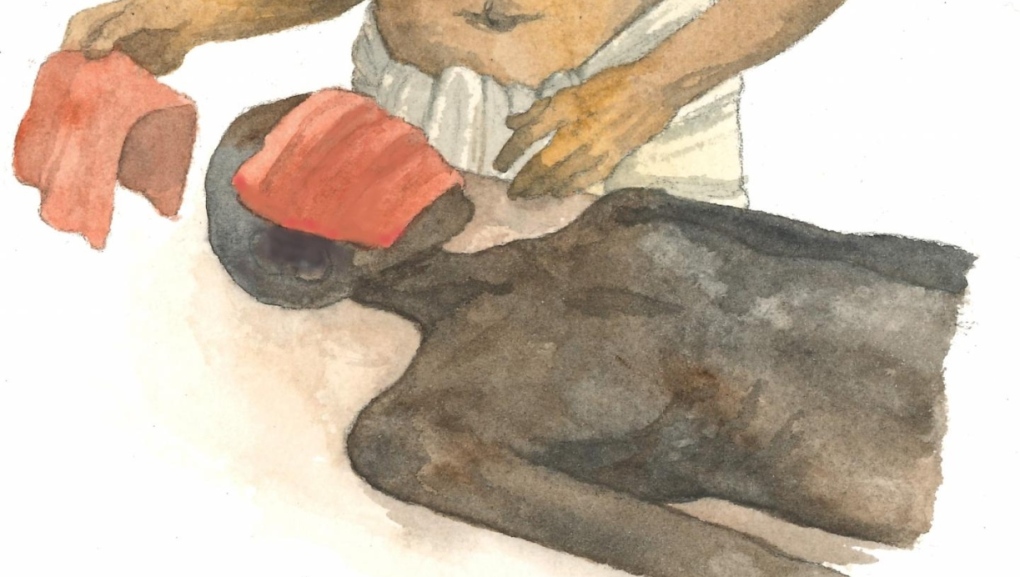 The papyrus contains new evidence of the procedure for embalming the deceased's face, where the face is covered with a piece of red linen and aromatic substances. (Ida Christensen, University of Copenhagen)

The art of embalming was viewed as sacred and only a select few were trained in completing the process, and most of it was done orally, which is why only a few surviving texts on how to embalm a body remain.

“The text reads like a memory aid, so the intended readers must have been specialists who needed to be reminded of these details, such as unguent (a soothing substance used as ointment on damaged skin) recipes and uses of various types of bandages,”University of Copenhagen Egyptologist Sofie Schiodt said in a press release.

The manual provides many details on embalming the face, information that had previously been unknown.

“We get a list of ingredients for a remedy consisting largely of plant-based aromatic substances and binders that are cooked into a liquid, with which the embalmers coat a piece of red linen,” said Schiodt in a press release. “The red linen is then applied to the dead person's face in order to encase it in a protective cocoon of fragrant and anti-bacterial matter.”

This is then repeated every four days.

The number four came up frequently in the manual, with processes divided into four, and the people working on the mummy doing so every four days, said the release.

The entire embalming process took 70 days with the first 35 days focused on drying the body.

“During the drying period, the body was treated with dry natron both inside and outside. The natron treatment began on the fourth day of embalming after the purification of the body, the removal of the organs and the brain, and the collapsing of the eyes,” the press release detailed.

During the second 35 days, the body would be wrapped in “bandages and aromatic substances,” working on every fourth day.

The mummy would be completed on the 68th day and placed in a coffin. The final days were spent on rituals that would allow the person to live on in the afterlife.

The papyrus is to be published in 2022 as a collaboration between the Louvre Museum and the Papyrus Carlsberg Collection.