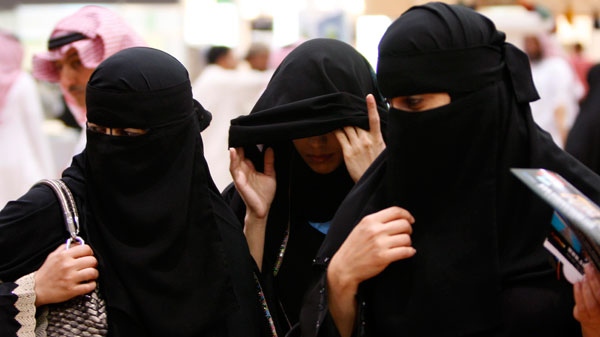 RIYADH, Saudi Arabia - Saudi King Abdullah announced Sunday that the nation's women will gain the right to vote and run as candidates in local elections to be held in 2015 in a major advancement for the rights of women in the deeply conservative Muslim kingdom.

In an annual speech before his advisory assembly, or Shura Council, the Saudi monarch said he ordered the step after consulting with the nation's top religious clerics, whose advice carries great weight in the kingdom.

"We refuse to marginalize the role of women in Saudi society and in every aspect, within the rules of Sharia," Abdullah said, referring to the Islamic law that governs many aspects of life in the kingdom.

The right to vote is by far the biggest change introduced by Abdullah, considered a reformer, since he became the country's de facto ruler in 1995 during the illness of King Fahd. Abdullah formally ascended to the throne upon Fahd's death in August 2005.

The kingdom's great oil wealth and generous handouts to citizens have largely insulated it from the unrest sweeping the Arab world. But the king has taken steps to quiet rumblings of discontent that largely centred on the eastern oil-producing region populated by the country's Shiite Muslim minority.

Mindful of the unrest, which reached Saudi Arabia's doorstep with street protests and a deadly crackdown in neighbouring Bahrain, King Abdullah pledged roughly $93 billion in financial support to boost jobs and services for Saudis in March.

Seizing on the season of protest in the Arab world, Saudi women's groups have also staged public defiance of the kingdom's ban on female driving. Saudi authorities went relatively easy on the women, who took to the roads earlier this year and gained worldwide attention through social media.

Abdullah said the changes announced Sunday would also allow women to be appointed to the Shura Council, the advisory body selected by the king that is currently all-male.

The council, established in 1993, offers opinions on general policies in the kingdom and debates economic and social development plans and agreements signed between the kingdom and other nations.

Saudi Arabia, the birthplace of Islam, follows deeply conservative social traditions and adheres closely to a strict version of Islam. Despite Abdullah's attempts to push through some social reforms, women still cannot drive and the sexes are segregated in public.

The kingdom will hold its next municipal elections on Thursday, but women will not be able to vote or run in those contests.

In announcing the reforms, Abdullah sought to ground his decision in religion.

"Muslim women in our Islamic history have demonstrated positions that expressed correct opinions and advice," he said, citing examples from the era of Islam's Prophet Muhammad in the seventh century.

He said the members of Saudi Arabia's clerical council, or Ulema, praised and supported his decision.

He also acknowledged the yearning for greater social freedoms in the kingdom.

"Balanced modernization, which falls within our Islamic values, is an important demand in an era where there is no place for defeatist or hesitant people," he said.

In January, a group of female activists launched a campaign on social networking websites to push the kingdom to allow women to vote and run in the municipal elections.