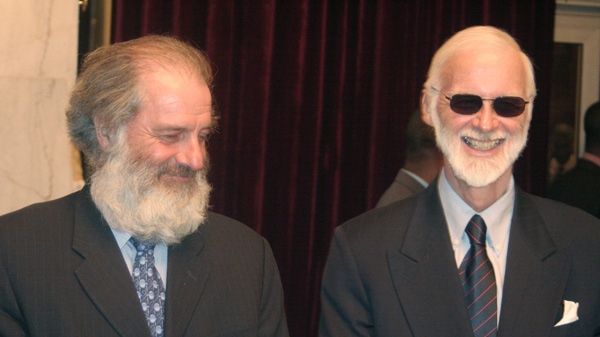 OTTAWA - A leaked U.S. State Department cable suggests a ransom was paid for the release of two Canadian diplomats taken hostage in Niger two years ago.

The May 2009 cable released by online whistleblower WikiLeaks says a Libyan official told the U.S. ambassador in Tripoli that two Canadian officials were released "in return for a ransom payment."

The cable was written just weeks after diplomats Robert Fowler and Louis Guay were released after being kidnapped by al Qaeda's North African wing in December 2008. It does not detail how much was paid in ransom or who might have paid it.

The federal government has maintained that Canada did not pay a ransom for the release of the two men, but the prime minister also hasn't said if anyone else did.

Stephen Harper has said the governments of Mali and Burkina Faso negotiated the release of the men, but never elaborated on whether they paid ransom or agreed to a prisoner exchange.

Musa Kusa, who was Libya's foreign minister at the time, said in the cable that such payments were "unfortunate and only increased the strength of al-Quaida."

Fowler, Guay and their driver disappeared when returning from a visit to a gold mine. Fowler was on assignment as the UN's special envoy to Niger at the time.

Fowler was a senior adviser to several prime ministers, starting with Pierre Trudeau, and played a leading role in thwarting the trade of so-called blood diamonds in Angola.

Western intelligence officials in Algeria said in February that they believe the UN diplomats were initially abducted by local gunmen, bandits or Tuareg rebels, and later traded to the al Qaeda group.

Al Qaeda in the Islamic Maghreb is an Algeria-based militant group that joined Osama bin Laden's terror network in 2006 and conducts dozens of bombings or ambushes each month.

In February 2009, the group claimed in an audio tape played on the Al-Jazeera television network that it was holding the two Canadians hostage.

It made no demands at that time, but in the past has received ransoms for western tourists kidnapped in the vast sub-Saharan region.