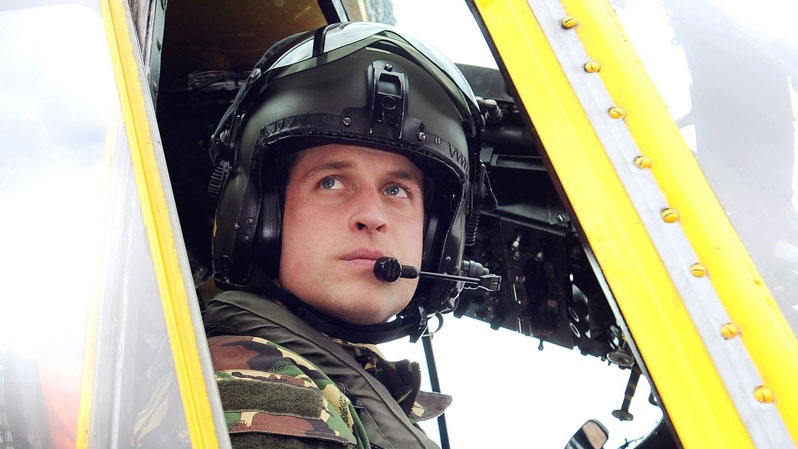 Britain's Prince William, the Duke of Cambridge, is seen at the controls of a Sea King helicopter on March 31, 2011. (AP / John Stillwell, PA)

The second in line to the British throne will spend six weeks in February and March at the British outpost 290 miles (460 kilometres) east of Argentina's coast in the Atlantic Ocean, the Defence Ministry said.

He will be part of a crew of four Royal Air Force personnel on the deployment. The prince, known in the military as Flight Lt. William Wales, is an RAF helicopter pilot, currently based in Wales.

The defence ministry said William, 29, would not undertake any ceremonial royal duties during the deployment. His wife Kate, Duchess of Cambridge, will remain in Britain.

Britain has ruled the Falklands for more than 180 years, but Argentina claims sovereignty over the islands it calls Las Malvinas.

Next year is a sensitive time -- the 30th anniversary of the Falklands War.

Argentina invaded the islands in April 1982, and British forces retook them after a 10-week war that killed 650 Argentine troops, more than 250 British personnel and three islanders.

Britain still maintains about 1,000 troops in the territory, which is home to about 3,000 people.

The residents overwhelmingly wish to remain British, but Argentine President Cristina Fernandez has insisted Argentina and Britain should negotiate over the future of the islands, as the U.N. General Assembly has urged.

In response, Fernandez accused Cameron of "mediocrity bordering on stupidity."