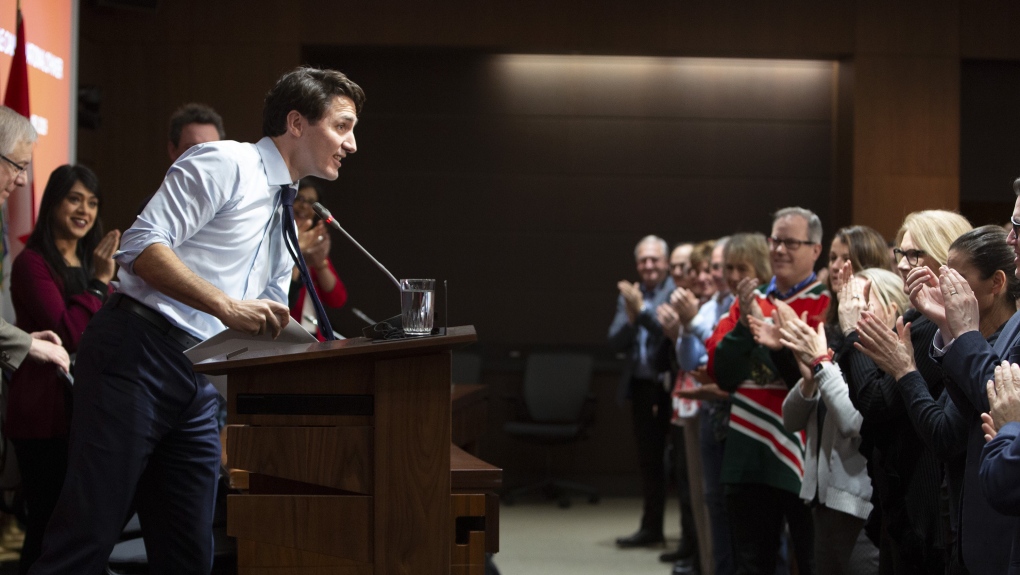 OTTAWA -- Prime Minister Justin Trudeau has tapped current PMO staffer George Young to take on the additional responsibility of acting as a second liaison to the Liberal caucus.

The caucus was informed of this during Wednesday's meeting, sources tell CTV News.

In the wake of the ongoing SNC-Lavalin scandal—in which he and other senior staff have been accused of attempted political interference in the criminal prosecution of the Quebec construction and engineering company —Trudeau said he'd be considering how he and his staff could have acted differently in their interactions with former attorney general Jody Wilson-Raybould, among other changes.

"I've always tried to foster an environment in which people can come and share with me their concerns, large or small, whether they be cabinet ministers or caucus members. But there is always room for improvement, obviously," Trudeau said during his March 7 news conference.

Prior to this controversy there has been some informally expressed desire to expand lines of communication between MPs and the PMO.

George Young is currently the liaison between Trudeau's office and ministers' offices. He is adding on the role of acting as the go-between for the caucus' 179 MPs. Prior to taking on the ministers' offices liaison role he has worked in several senior staff positions.

He joins Natalie St-Denis, who has been a caucus liaison officer since 2017. "We have an entire outreach team of regional desks dedicated to caucus relations," the PMO said in a statement to CTV News.

"The new Caucus Relations Office is another step to enhance those efforts to support caucus. The office will augment the work of the regional desks, and will provide individual caucus members with another avenue to engage our office on matters of importance to each of them," said press secretary Eleanore Catenaro in an email.