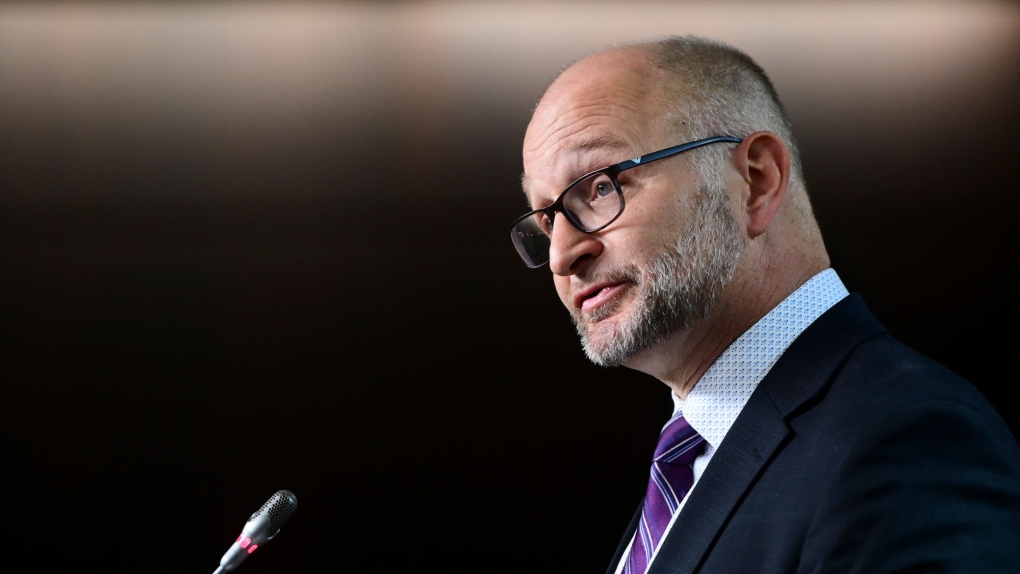 OTTAWA -- The national spy watchdog is urging Justice Minister David Lametti to close gaps in the federal whistle-blowing framework to protect Canada's deepest secrets and the public servants who keep them.

In a letter to Lametti, the National Security and Intelligence Review Agency warns of the "serious risks" to both the country and employees when there are poor protocols -- or none at all -- for disclosing wrongdoing, harassment and discrimination.

The Canadian Press used the Access to Information Act to obtain a copy of the February letter and an internal Justice Department memo about the issue.

The letter from Murray Rankin, who was chairman of the review agency at the time, says a key concern arises from the Security of Information Act. It prohibits the many federal employees who are permanently bound to secrecy from unlawfully discussing special operational information.

If someone is charged with revealing such secrets, they may raise the defence that they made the disclosure in the public interest, Rankin noted.

However, an accused person cannot rely on the defence unless they brought the concern to internal authorities before making the disclosure.

Historically, the Security Intelligence Review Committee, the review agency's predecessor, was identified in the secrets law as a place whistleblowers could go.

But as many as 15 years ago, the committee's executive director told senators the secrets law left the committee's role undefined, with no direction as to its obligations. She called for more clarity on the matter, something the senators studying the issue recommended in 2007.

Amendments to the secrets law last year, part of a sweeping national-security overhaul, transferred the review committee's responsibilities to the new review agency. But the changes "did not address any of the substantive issues" with the whistle-blowing provisions, Rankin wrote.

The Public Servants Disclosure Protection Act includes safeguards to shield government employees from retaliation when they blow the whistle on alleged wrongdoing.

However, the Canadian Security Intelligence Service, the Communications Security Establishment and the Canadian Armed Forces are excluded from the act. These agencies are responsible for their own procedures.

In addition, the act does not allow agencies to accept or examine disclosures of special operational information.

Rankin also points out that some employees of the national-security community are not allowed to bring complaints of harassment and discrimination before external bodies such as the Public Sector Labour Relations and Employment Board.

It means that when CSIS employees are dissatisfied with the spy service's internal procedures, they must go to court, he said.

"Most recently, employees from CSIS filed a statement of claim with the Federal Court alleging discrimination and harassment in the workplace. This is not the first time these types of allegations have been raised by CSIS employees before the Federal Court," he wrote.

There have been calls for the government to put in place "additional protections and explicit mechanisms" for employees who need to raise these types of workplace complaints, Rankin pointed out.

"The review agency wishes to play our part in ensuring that our national security workforce is both healthy and productive. We support all initiatives to promote a culture of respect and equity within the community."

Rankin recently left the review agency to successfully run for a seat in the British Columbia legislature.

Justice Department spokesman Ian McLeod said there was no written response to Rankin's letter before he left the review agency. "Implicated departments are developing policy advice for the consideration of ministers."

The review agency remains of the view that Canada's national-security legislative framework related to whistle-blowing would benefit from reforms, said Tahera Mufti, a spokeswoman for the watchdog.

Meantime, the review body will be implementing internal procedures to address concerns brought forward by members of the security and intelligence community, she said.

"Whistleblowing protections are an important part of ensuring public confidence in the government's practices."

This report by The Canadian Press was first published Nov. 26, 2020