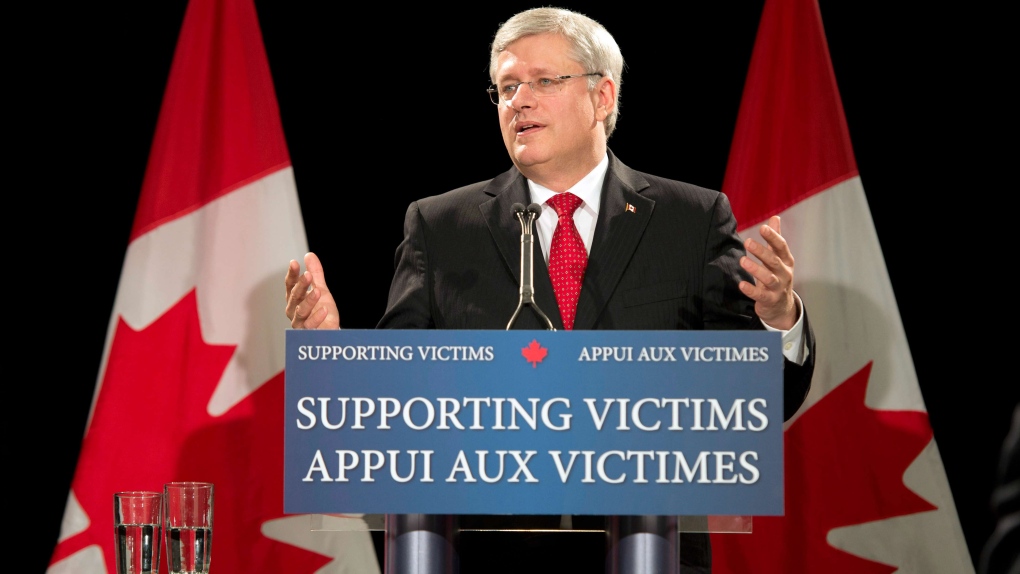 OTTAWA -- Canada may have sharp words for Russia over its stance on Syria, but when it comes to next week's G20 summit, Stephen Harper and Vladimir Putin appear to be on the same page.

The two leaders are both of the view that the focus of the meeting should be about stimulating more world economic and job growth, and agree on a number of the ways to accomplish that.

That might seem a considerable feat -- the leaders of the world's top military powers all happen to be part of the G20, too. They'll be assembled in St. Petersburg in front of the international media at the same time the U.S. might be leading a strike against Syria.

On Friday, U.S. Secretary of State John Kerry said his government had "high confidence" that the Syrian regime carried out a chemical weapons attack against its own people last week. The Obama administration released an unclassified intelligence assessment to back up its assertion.

"Although the prime minister made very clear yesterday that the government of Canada has no plans at this time for a Canadian military mission, we fully support our friends and allies in responding to the Assad regime's horrific attack on its own people," Foreign Affairs Minister John Baird said in a written statement Friday afternoon.

"The Obama administration has shown great resolve and proper due diligence in the past week, and we fully support its efforts going forward."

Baird has criticized Russia for obstructing any UN-sanctioned action against Syria at the security council, and also for supporting the regime of Syria President Bashar Assad.

Russia, for its part, says the United States and others should wait until United Nations chemical weapons inspectors report back.

Petr Plikhin, deputy chief of mission at the Russian embassy in Ottawa, said his government believes opposition groups in Syria have used chemical weapons themselves.

"We only foresee one thing. If (an attack) happens, it could have a very negative impact on the whole situation in the Middle East," Plikhin said in an interview with The Canadian Press.

"I think it will simply worsen the situation in Syria itself. It could result in an increase of radical and terrorist activities in the Middle East and who knows maybe in other places."

Still, both Canada and Russia have a number of priorities they'd like to see checked off during the G20 summit.

"It might resemble the situation back in June before the G8 summit," said Plikhin.

"There were also some tough words on each side concerning the situation in Syria, but in the end we see the unanimous acceptance of (a declaration by) the G8 leaders."

Indeed, at the last G8 meeting in Ireland, all leaders including Russia managed to put out a common declaration on the Syrian conflict, as well as economic issues. This time, though, the world is teetering on the brink of a U.S.-led strike.

"There is no doubt it would have an impact if we have a strike that happens before the summit, but all the leaders will be there, we'll have the opportunity to discuss Syria," Harper's chief spokesman, Andrew MacDougall, said at a briefing Friday.

"But right now we're expecting to talk about the global economy, that's the priority right now for the G20 meeting, and its important to continue with a discussion of the economy."

One key area in which Canada and Russia are hoping for progress is long-term investment financing. The idea is to help unlock the trillions of dollars held by pension funds, insurance companies and mutual funds by making it easier for those types of institutions to make major investments in infrastructure and other projects around the world.

Canada and Russia have also been of the same point of view that G20 countries should agree on a hard target for their debt-to-GDP ratio, while the United States and some European countries have balked.

Neither the Russian government nor Harper's office is saying whether the two leaders will meet for an official bilateral meeting. U.S. President Barack Obama cancelled his meeting with Putin over Russia's granting of asylum to Edward Snowden, who leaked classified documents about National Security Agency surveillance of Americans.

MacDougall said Harper would no doubt raise Canada's concerns with Putin over a new law in Russia that forbids disseminating information about homosexuality to minors. The law imposes fines on those in contravention.

"If we feel that international human-rights norms aren't being respected, we'll speak out on behalf of them, as Minister Baird has with respect to the recent proposals in Russia," said MacDougall.

"The prime minister wouldn't hesitate to raise that objection himself. ... What's important to a healthy relationship is that you raise issues even if you don't agree on them."

The Canada-Russia relationship hit a major snag in 2011, with the revelation that Canadian navy Sub-Lt. Jeffrey Delisle had been passing information on to the Moscow.

"Concerning the whole Delisle story, to a certain extent it's a fact that the atmosphere of co-operation ... dropped or was not so favourable," Plikhin concedes.

"But we still continue to co-operate on Arctic issues, on the economy, or on cultural and science exchanges."

The seeming contradictions in the North American-Russia relationship were perhaps best summed up by a major joint military exercise -- Operation Eagle -- conducted in the skies earlier this week.

After a simulated hijacking from a U.S. airport, a pair of Canadian CF-18 Hornets accompanied and then handed off a plane to a pair of Russia pilots, who then escorted the aircraft into Russian airspace.