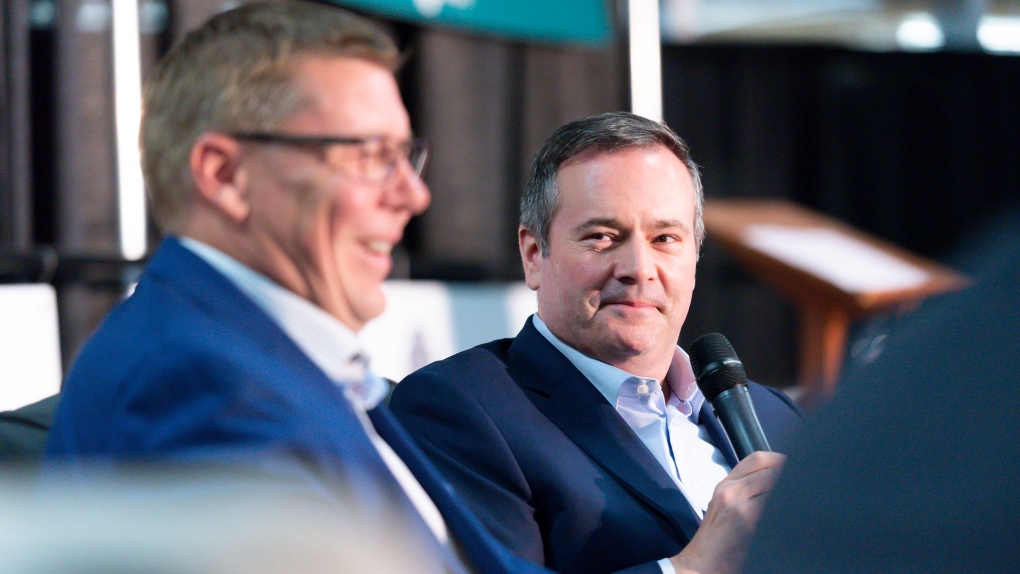 WASHINGTON -- Post-election tensions between the West and the federal Liberal government are showing signs of easing, two of Canada's premiers suggested Friday as a contingent of provincial leaders fanned out across the U.S. capital to make the case for cross-border trade and investment in the after-NAFTA age.

With Ottawa's work on the U.S.-Mexico-Canada Agreement gradually receding from centre stage, a four-premier delegation from the Council of the Federation took its turn in the spotlight in Washington, hoping to convince gubernatorial counterparts of the importance of closer trade ties with the provinces.

Alberta Premier Jason Kenney and Saskatchewan's Scott Moe, speaking at a panel discussion at the Wilson Center's Canada Institute, acknowledged the cold front that moved in after voters in their provinces froze out the climate-conscious federal Liberals last October, in large part over perceived federal hostility to Canada's emissions-causing oilpatch.

But there have been cracks in the ice of late, said the leaders, crediting the work of Deputy Prime Minister Chrystia Freeland, the Alberta-born former foreign minister who was dispatched by Prime Minister Justin Trudeau to lead an outreach effort

"It seems to be an attitude change, it really does," Moe said. "The outreach from the deputy prime minister to Saskatchewan has been good, it's been appreciated, and it's a relationship we'll be looking forward to continuing in the future."

Added Kenney: "We have a long way to go yet, but at least we feel that some of our issues are being listened to."

The stated goal of this weekend's mission is to thank U.S. federal and state lawmakers for their efforts and support during the drawn-out negotiations to replace NAFTA, and to celebrate the imminent dawn of the USMCA, which needs only Canada to formally ratify the agreement. Most experts anticipate it will be the law of the land in all three countries by mid-summer.

But they also intend to promote the importance to Alberta of resurrecting the Keystone XL pipeline expansion, a project to deliver landlocked Alberta oilsands bitumen to refiners and shippers along the U.S. Gulf Coast that was rejected by the previous Obama administration -- a rejection Trudeau seemed to aid and abet with his "co-ordinated surrender" to Barack Obama shortly after becoming prime minister in 2015, Kenney said.

"What could he have done? He could have done something," said Kenney, a former Harper-era cabinet minister.

"They never wanted that project, and they were not willing to employ any political or diplomatic leverage against a political decision by a U.S. administration to violate the spirit of NAFTA, which was about, in part, open access to the U.S. markets for our energy exports."

The net result of Canada's inability to build pipelines has resulted in more oil travelling by rail, added Moe, who pointed to the derailment Thursday in Saskatchewan as evidence of what can happen.

"That is not the way we should be moving that product," he said, noting that much of the U.S. Midwest has a similar problem. "We're cramping our rail capacity -- capacity that we need if we're going to be producing and exporting other goods that should be on rail."

Ontario Premier Doug Ford and New Brunswick Premier Blaine Higgs were also part of the delegation that met with state leaders at the winter meeting of the National Governors Association, which got underway Friday.

Kenney was asked Friday about the consequences should the federal government refuse to approve the $20.6-billion Teck Frontier oilsands project north of Fort McMurray, near Wood Buffalo National Park in northeastern Alberta.

"It would send a message that companies can come to Canada and spend hundreds of millions of dollars, and years -- a decade in this case -- walking through a regulatory process in a country that is supposed to represent the rule of law, and then an arbitrary political decision at the end of the process, without any transparency, can suddenly scuttle all of that?" he said.

"I think that would be a devastating message to send in terms of investor confidence at a time when we are struggling to attract foreign direct investment to the Canadian economy."

This report by The Canadian Press was first published Feb. 7, 2020