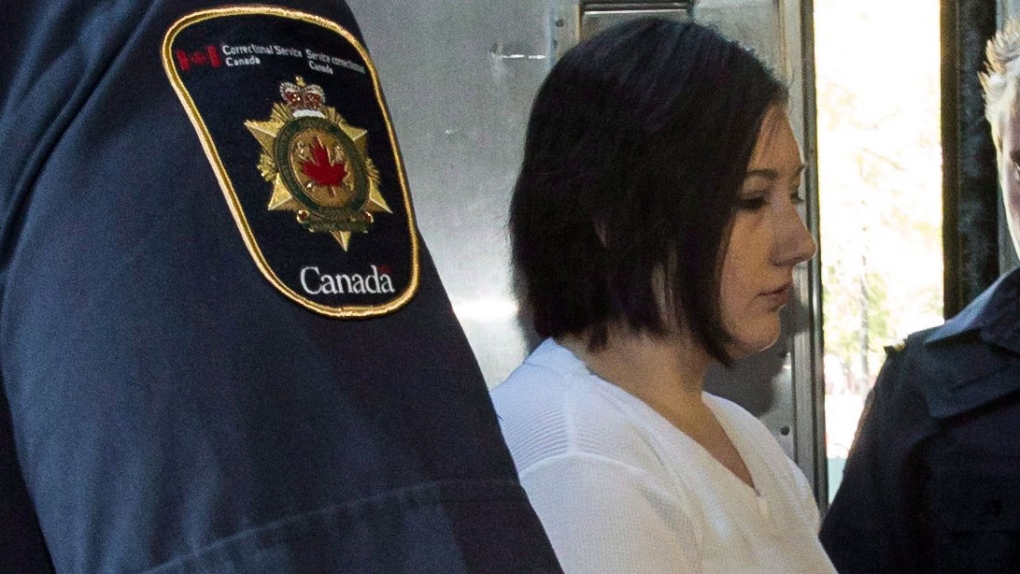 Terri-Lynne McClintic, convicted in the death of 8-year-old Woodstock, Ont., girl Victoria Stafford, is escorted into court in Kitchener, Ont., on Wednesday, September 12, 2012 for her trial in an assault on another inmate while in prison. THE CANADIAN PRESS/ Geoff Robins

While ombudsman Ivan Zinger wouldn't comment directly on the controversial transfer of the woman convicted of murdering eight-year-old Tori Stafford from a prison to an Indigenous healing lodge, he said he cringes when politicians start talking about crime and punishment in Canadian society.

At a press conference in Ottawa Tuesday following the tabling of Zinger's annual report, he was asked if the Correctional Service of Canada should consider preventing child killers such as Terri-Lynne McClintic from being transferred to healing lodges, a cause the Conservative opposition has been championing.

Zinger said this is because historically political parties have used egregious cases as wedge issues. Political responses to those cases make for bad law, he said.

"So I think we need to put this behind us. I don't see any benefit in these kinds of debates and historically it hasn't paid dividend to Canada."

He also said that under the previous Conservative government there was a "myriad of policies" focused on criminal laws that in the end did not improve public safety.

Canadians' priorities are employment, education, environment and health care, he said, and law and order is way down the list.

Yet, said Zinger, when Stephen Harper was the prime minister, 25 to 40 per cent of Parliamentary sessions were dedicated to debating bills that had criminal-law components. "So, not what I would expect from a government that wants to focus on priorities of Canadians.