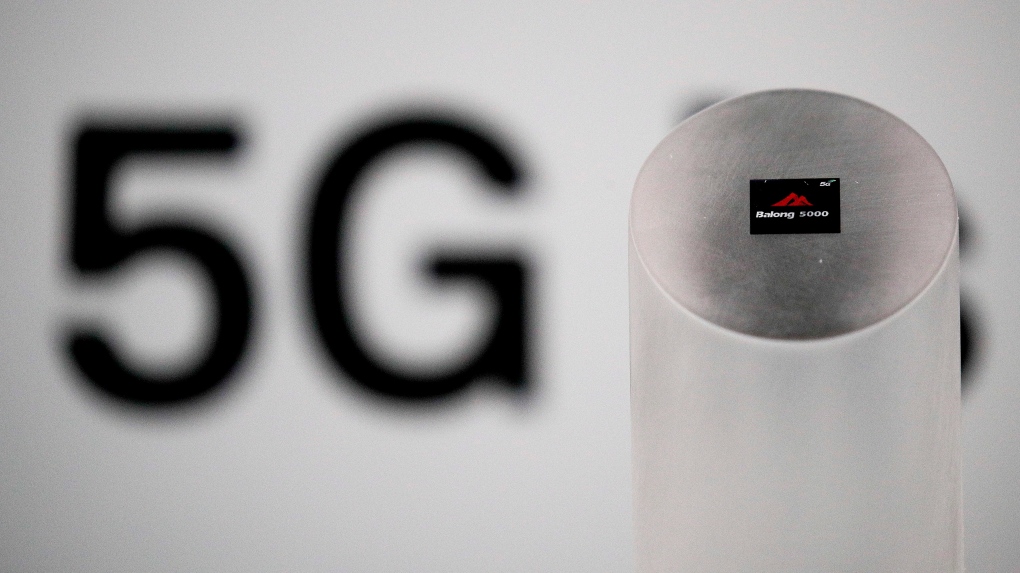 Huawei 5G modem Balong 5000 chipset is displayed after the presentation event in Beijing on January 24, 2019. (THE CANADIAN PRESS/AP, Andy Wong)

VANCOUVER -- A new survey says Canadian public opinion is solidly against allowing Huawei as a supplier for the new generation of ultra-fast wireless networks that are being built by the country's telecommunications companies.

An Angus Reid online poll published Wednesday says 69 per cent of respondents were against the federal government allowing the Chinese telecom equipment maker from being involved in Canada's fifth-generation wireless networks.

The survey also found that 66 per cent of respondents had a negative view of China, up from 51 per cent in 2018.

The poll comes as the United States continues long-standing efforts to convince its allies such as Canada to bar Huawei as a threat to national security because of the Chinese government's influence.

The U.S. warns China could require the company to gather sensitive information flowing through its equipment, an allegation that Huawei says is unproven and against the company's business interests.